¢278m released to PFJ to shore up fertiliser supply – Ofori-Atta 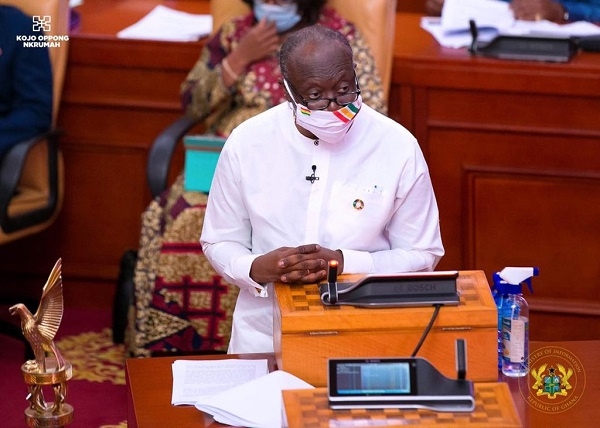 Finance Minister Ken Ofori-Atta has said the government has so far released GHS278.57 million this year to the Planting for Food and Jobs (PFJ) programme and is working toward shoring up the supply of fertilsier for beneficiary farmers.

“Mr Speaker, at the end of 2021, an amount of GH¢86.31 million was outstanding under the PFJ programme. This amount has now been released to MoFA for payment. This year, MoFA has requested an amount of GHS485.90 million for payment under the PFJ programme. An amount of GHS278.57 million has subsequently been released to MoFA”, Mr Ofori-Atta told parliament on Wednesday, 22 June 2022 while answering some 16 questions put to him by various MPs.

“Mr Speaker, the Ministry of Finance has, over the last five years (2017 – 2021), made budgetary provisions to enable the Ministry of Food and Agriculture (MoFA) allocate funds to cover all its programmes and projects, including the Planting for Food and Jobs (PFJ) programme.

Mr Ofori-Atta explained that the fertiliser shortage has been caused by the Russia-Ukraine war and tha the government is working hard to resolve the problem.

He noted that the government is doing so with the disbursement of GHS278.57 million out of the GHS485.90 million requested by the Ministry for Food and Agriculture for the programme.