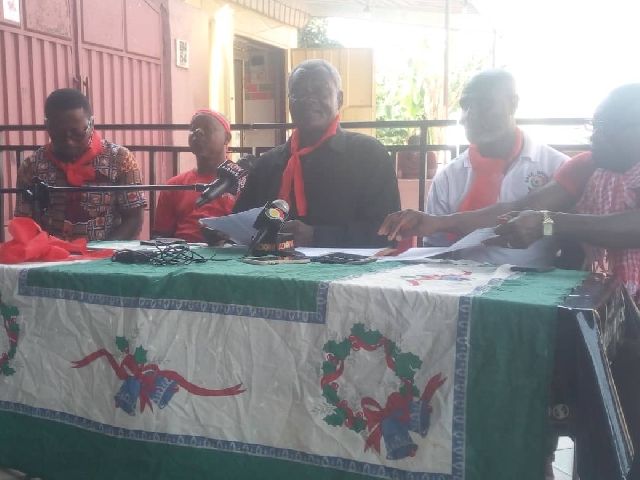 The Printing Press Association (PPA) at Kumasi in the Ashanti Region has accused the government of collapsing the printing industry due to a lack of policy framework.

The group said despite the industry being threatened by the advent of a paperless regime and the use of IT solutions to carry out the majority of office transactions, neglect by the government in recent years has worsened their predicament.

According to the association, the government has instituted policies to revive industries such as the creative arts in order to save jobs but not a single policy and intervention has been put in place to energise players in the printing industry.

They disclosed to Class News' Maxwell Attah that the government has awarded contracts to Chinese and Indians companies to procure printing equipment and A4 sheets to all metropolitan, municipal and district education directorates across the country at the expense of indigenous industries.

At a news conference held at Asafo, Kumasi, on Tuesday, 17 November 2020, the Acting Chairman of the association, Mr Yaw Oti Boateng, bemoaned moves by the government to centralise the procurement of educational materials for public schools.

He said since the introduction of the Free SHS policy, procurement of educational materials such as exercise books have been centralised at the national headquarters contrary to a former arrangement where procurement was done at school and district levels.

“This has deprived our members at the district levels of their jobs and livelihoods,” he said.

Mr Boateng noted that the PPA is unsatisfied with top politicians who have invaded the printing industry and taken over miniature jobs and contracts.

He, therefore, appealed to the government and major stakeholders of the economy to roll out policies and interventions to save the printing industry from collapsing.