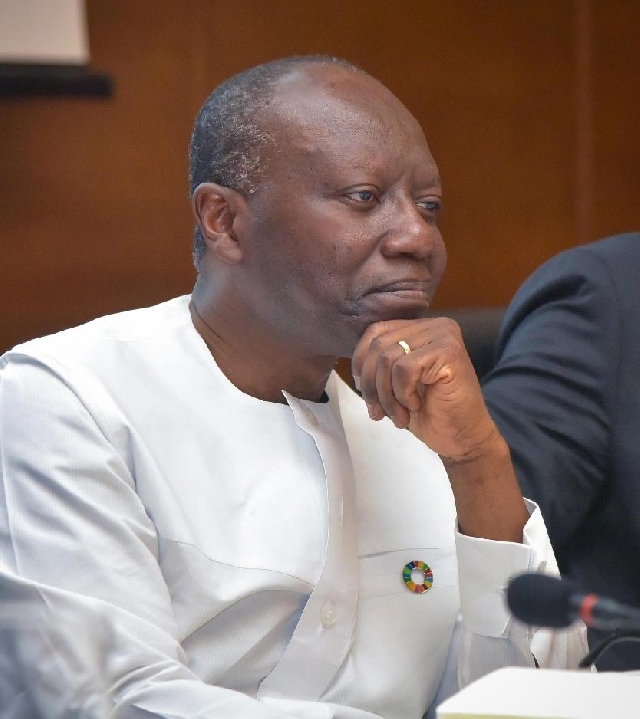 The banking sector recorded sustained growth and resilient performance during the first half of the year, with the available data showing robust growth in total assets, deposits, and investments, Finance Minister Ken Ofori-Atta has told parliament.

He said the increase in assets  resulted  mainly  from deposits, which recorded an annual growth of 22.5 per cent to GH¢110.3 billion – higher than the corresponding growth of 19.1 per cent in June 2020.

Mr Ofori-Atta reported that credit  growth  remained  sluggish  due  to  the  pandemic,  with  Net  Advances increasing by 5.5 per cent to GH¢41.1 billion in June 2021, substantially lower than the 14.7 per cent annual growth in June 2020.

Despite the “sluggish growth” in  Net  Advances,  the  COVID-related  regulatory  reliefs  and  policy  measures continued  to  support  new  lending  activities  in  the  banking  sector,  with  New Advances amounting to GH¢16.0 billion for the first half of 2021, compared to GH¢15.8 billion for same period in 2020, he added.

Real credit to the private sector, according to him, is expected to expand, as the recovery process takes hold and projected to grow by 2.6 per cent, in real terms, by the end of the year, an improvement over the 0.2 percentage point recorded  in  2020.

However, he pointed out, in  line  with  the  recovery process, real credit to the private sector is expected to remain strong over the medium-term.

The  Financial  Soundness  Indicators  (FSIs)  of  the  banking  sector, he noted,  remained strong and healthy, underpinned by improved solvency, liquidity, and profitability indicators.

Also, he mentioned that the Capital Adequacy Ratio (CAR) of 20.8 per cent remained above the regulatory threshold.

The  industry’s  Non-Performing Loans (NPLs) ratio, he noted, however, worsened to 17.0 per cent in June 2021 from 15.7 per cent a year ago due to the pandemic-induced loan repayment challenges and sluggish credit growth.

According to the minister, overall,  the  impact  of  the  pandemic  on  the  industry’s  performance  was moderate, as banks remained liquid, profitable, and well-capitalised.

In the outlook, the observed that sustained balance sheet performance of the sector is expected to continue to year-end 2021 as economic activity gradually picks up.

This, he noted, should also support profit growth in the industry.

The projected easing in  credit  stance  and  increase  in  credit  demand  based  on  the  latest  credit conditions survey are expected to support credit growth going forward, Mr Ofori-Atta added.

The Bank of  Ghana, he said,  is  committed  to  implementing  policies  and  measures  to  ensure  the stability of the sector in deepening financial intermediation and supporting the ongoing economic recovery process.