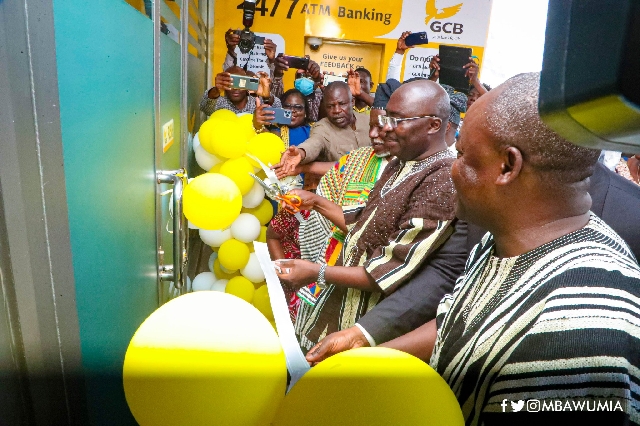 Vice President, Dr Mahamudu Bawumia on Tuesday, 14 June 2022, joined the management and staff of GCB Bank PLC as well as the Chiefs and People of Nelerigu for the opening of GCB Bank's first branch in the North East Region in the regional capital, Nalerigu.

This is the first-ever commercial bank in Nalerigu and its adjoining communities.

The new bank according to Dr Bawumia will offer petty traders and farmers in and around communities in Nalerigu closer access to financial inclusion and solutions, which hitherto, were far from their reach.

“This was what our government envisaged when we decided to create six more regions to decentralise and quicken the rate of development for excluded communities,” Dr Bawumia stated.

He described as refreshing to note that many communities in the newly created regions are having access to services which previously eluded them and also receiving their fair share of national infrastructure development.