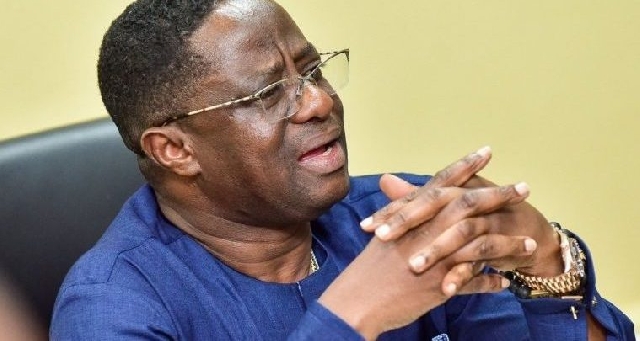 Addressing the parliamentary press corps after his engagement in Parliament on Thursday 6 August 2020 , Mr Amewu noted that the Mahama-led government signed Renewable Energy Power Purchasing Agreement (PPAs) of up to 2,265 Megawatts at an average price of 31 cents per kilowatt hour (kWh) between 2015 and 2016.

This, he described as very unnecessary because it led to high tariffs for consumers.

He further explained that to normalise the situation, the Ministry had to re-negotiate the contracts to as low as 10 cents kWh, representing 515 Megawatts.

He added that when the contract was signed, the Ministry had to re-negotiate it “to make sure tariffs became very competitive” by placing “a complete moratorium on renewables.”

“So, we've done the re-negotiation by reducing their capacity, sizes and also the prices. Some of these renewables were signed as high as 31 cents kWh. What it means is that the consumer is going to pay higher but we, at the Ministry, want renewables to trade at about or less than 10 cents.”

He reiterated the government's plan of ensuring that every household uses solar energy starting from the Presidency.

According to him, solar energy works on the Jubilee House is about 70 per cent complete.

Commenting on the AMERI deal, Mr Amewu said: “We have completed the AMERI issue. You know the AMERI was renegotiated. It was brought back here to this very house, Parliament and the generators were very happy with that agreement. So, AMERI has been re-negotiated. Very soon, AMERI is coming back into the hands of the government.”