Bloomberg: Why Ghana is Africa’s top candidate for an economic leap 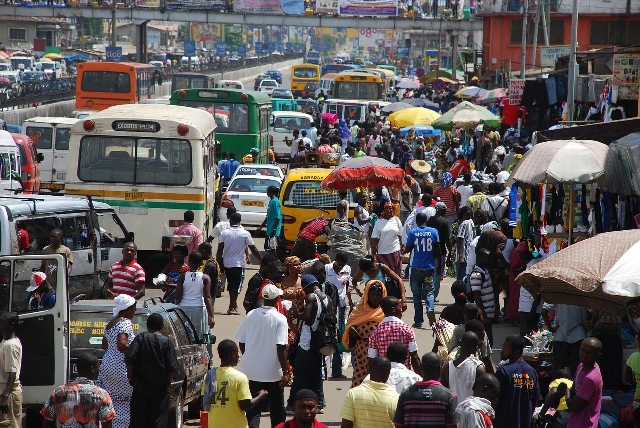 Ghana has a number of big advantages in terms of geography, institutions and human capital

Every time a region of the world goes from being poor to being rich one country tends to be responsible for getting the process started. In Europe that was the U.K., which was the first to industrialise. In East Asia it was Japan. In West Africa it could be Ghana.

Ghana has a number of big advantages over other countries in the region in terms of geography, institutions and human capital. It’s on the coast and has plenty of ports that can be used to ship and receive goods. With about 31 million people, it has a large enough population to create a substantial domestic market but small enough that providing jobs and food won’t be too insurmountable of a challenge. Members of the Akan ethnic group make up about half of the population, meaning that Ghana has less of the ethnic fragmentation plaguing many post-colonial states. It scores well on international indicators of governance quality, freedom, democracy, ease of doing business and corruption. Ghana has lower child mortality than its neighbors, indicating a relatively healthy populace. It also has a head start in terms of literacy rates and education:

These advantages have helped to make Ghana one of the fastest-growing countries on the continent. Although its 2019 growth rate ended up being only 7% rather than the world-beating 8.8% forecast by the International Monetary Fund, that is still very solid growth.

But to become the Japan of West Africa, Ghana is going to have to undergo a structural transformation. The country’s main exports are all commodities:

Too Dependent on Commodities

Specialising in commodities is not necessarily a economic death sentence for a nation. Ghana doesn’t have the resource endowment of Norway or Saudi Arabia, but with wise and stable policy it could aspire to the comfortable middle-income status of Namibia, Botswana or perhaps even Chile.

Indeed, Ghana in recent decades has done a good job of moving in this direction. Agricultural productivity has increased, which allowed many Ghanaians to move from farms to cities, where they have been mostly employed in the service sector. This has been a typical pattern in a number of commodity-rich developing countries. In a 2016 paper, economists Douglas Gollin, Remi Jedwab and Dietrich Vollrath found:

In countries that are heavily dependent on resource exports, urbanisation appears to be concentrated in “consumption cities” where the economies consist primarily of non-tradable services.

But the service sector isn’t great at creating secure, well-paying jobs. Much of this employment is informal and precarious. And a large share of the gains from the commodity boom have flowed to the wealthy, worsening inequality. Gollin and his co-authors find that the residents of so-called consumption cities do considerably worse than residents of cities with economies based on manufacturing.

Meanwhile, industrialization has proved to be a much more reliable path to national wealth. Manufacturing is less subject to the whims of global price movements than commodities, allowing for a more diversified and complex economy and -- most importantly -- it encourages learning and rapid productivity growth.

But when a country is strong in natural resource industries, it can be hard to ignite the kind of manufacturing boom that countries such as South Korea rode from rags to riches. Strong commodity exports raise the value of a country’s exchange rate, making manufactured exports more expensive. They also make wages in the industrial sector uncompetitive.

This helps explain why Ghana’s laudable efforts to switch to manufacturing haven’t yet borne fruit. The country tried establishing export-oriented special economic zones similar to those of China. But these ended up specializing in commodities rather than manufacturing.

Ghana needs to keep trying. One idea is to provide subsidies specifically to manufactured exports. If these subsidies were stable, reliable, large and long-lasting, they might tilt the balance of comparative advantage. This could include subsidizing wages for workers in export-oriented manufacturing; that would allow workers to earn a decent living while factory investors save on costs. It could also mean providing export-oriented factories with cheap dedicated sources of electric power, because generation has been a problem in Ghana. That would help make the country more attractive to investors from China, as well as a place where domestic entrepreneurs can flourish. Taking in skilled immigrants, especially from nearby Nigeria or the African diaspora, could also help build a pool of expertise that makes the country an attractive destination for investment.

The raw materials for a Ghanaian manufacturing boom are there. The country has entrepreneurial and innovative talent, as demonstrated by the introduction a few years ago of the first Ghana-made car. And both China and other industrialized nations are clearly interested in Ghana as a production base for the burgeoning West African market. To get there, the country’s leaders will simply have to refuse to be satisfied with the recent boom driven by commodities and urbanization. Ghana has enjoyed great success; sustaining that progress will require a new model.