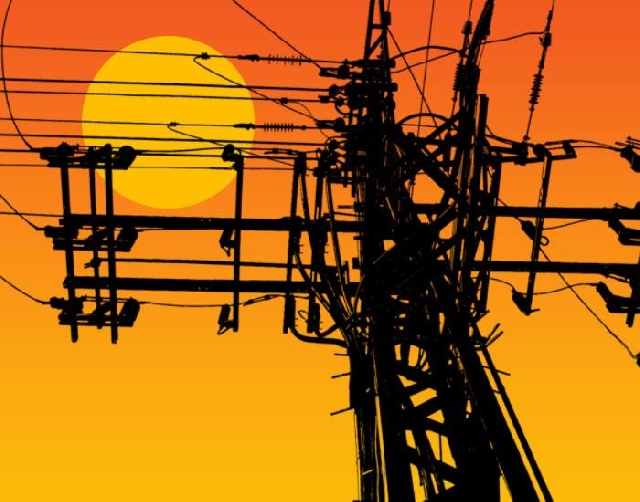 The government of Ghana would spend GHS1 billion in absorbing the electricity bills of all domestic and commercial customers – totally for lifeliners and 50 per cent for all others – as promised by President Nana Akufo-Addo, as part of measures to mitigate the economic burden on Ghanaians during the lockdown necessitated by the outbreak of coronavirus in Ghana, which has, so far, killed eight out of the 614 confirmed cases with 83 recoveries.

This was disclosed by Energy Minister John Peter Amewu at a media briefing on Thursday.

Last week, the President announced in his sixth national address on the coronavirus situation that: “As part of measures to mitigate the effects of the pandemic on the social and economic life of the country, we have decided on further measures of mitigation for all Ghanaians for the next three months, i.e. April, May and June”.

The government, he said, “will fully absorb electricity bills for the poorest of the poor, i.e. for all lifeline consumers, that is free electricity for persons who consume zero (0) to fifty (50) kilowatt hours a month for this period. In addition, for all other consumers, residential and commercial, Government will absorb, again, fifty percent (50%) of your electricity bill for this period, using your March 2020 bill as your benchmark. For example, if your electricity bill was one hundred cedis (GHS100), you will pay only GHS50, with Government absorbing the remaining fifty cedis (GHS50). This is being done to support industry, enterprises and the service sector in these difficult times, and to provide some relief to households for lost income. Nevertheless, I urge all Ghanaians to exercise discipline in their use of water and electricity”.

Providing the cost implications of the tariff absorption on Thursday, 16 April 2020, the Energy Minister said about 87 per cent of Ghanaians who are connected to the national grid through 4.8 million metres,would enjoy the intervention, which is estimated to cost the nation “approximately” GHS 1 billion.

Mr Amewu said absorbing the tariffs for the one million active lifeline consumers of the Electricity Company of Ghana (ECG), representing about 27.4 per cent of its total clientele, would cost the state GHS8.5 million.

For the non-lifeliners, of whom 2,780,886 are residential consumers and 1,608 special load tariff consumers, Mr Amewu said: “A 50 per cent discount on their electricity bill will translate into GHS 235.4 million per month”, adding: “The total reliefs for ECG customers per month are, therefore, GHS 244 million.”

So, for the three months, the state would spend GHS732 million to cover the bills of all ECG customers.

As far as the Northern Electricity Distribution Company (NEDCo) is concerned, Mr Amewu said: “The total government relief for all customers is about GHS 47 million or GHS 141 million for the three-month period”.

For the entire three months, the government estimates to spend GHS55.5 million per month – that’s a total of GHS 166.4 million on the state-run Volta River Authority. That package covers 12 of its customers which are miners at GHS 42.4 million per month or GHS 127.2 million.

Just recently, energy think tank African Centre for Energy Policy (ACEP), with which Mr Amewu worked in the past, estimated that about GHS3 billion will be spent by the government on the total amount of electricity subsidy announced by President Nana Akufo-Addo as a result of the coronavirus pandemic.

This constitutes about GHS2.7 billion in tariff and about GHS300 million in Value Added Tax (VAT), ACEP said.

In ACEP’s view, however, if the government fails to honour its obligations, the sector’s liquidity situation will worsen.

In a statement, ACEP said the policy also further deepens the budget deficit, which is estimated to be about GHS9.7 billion, adding: “If the government intends to add GHS3 billion from the power sector, it will require another revision of the fiscal numbers presented to Parliament”.

Per ACEP’s computation, the cost of electricity waived by the president for each lifeline consumer is GHS18.4 per month for three months (GHS55.2 for the period).

“The Power sector is reeling in debt, with no end in sight for debt accumulation. The current outstanding debt to Independent Power Producers (IPPs) stands in excess of US$1billion. Last week, Government had to intervene to pay for unpaid gas utilized for power generation to the tune of US$100 million to avert a calamitous action by the OCTP pertness to drawdown on World bank guarantees for the projects”, it emphasised.

Explaining further, it said: “This picture is gloomy enough, without exhausting all the challenges in the power sector, for careful consideration of actions that further worsen the financial sustainability of the sector.”