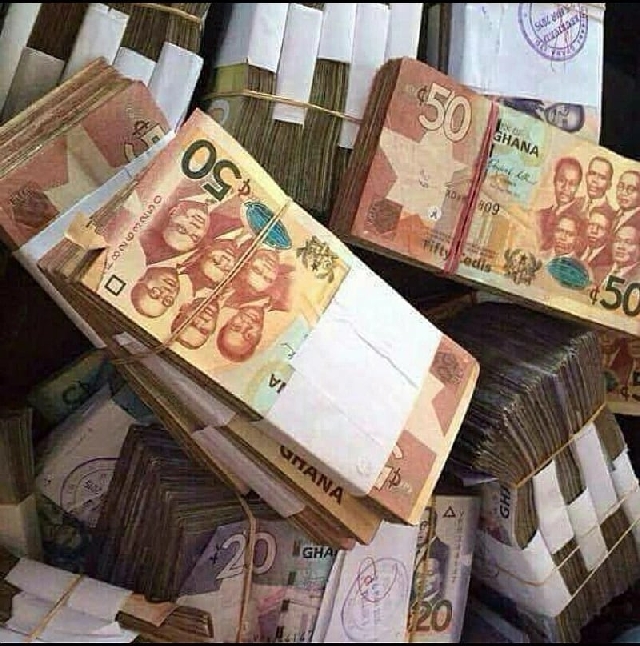 Depositors of the collapsed Microfinance companies, Savings and Loans and Finance Houses will from Wednesday, 16 September 2020 receive their locked-up funds in cash.

Government had earlier said it will refund the monies in a form of bonds but on Tuesday, 15 September 2020 the government received a sum of GHS3.56 billion to settle the depositors.

This was contained in a statement signed by the Receiver, Eric Nipah.

The customers have been directed to visit any branch of the Consolidated Bank Ghana Limited to receive their monies.

“Notice is hereby given that with effect from Wednesday 16 September 2020, affected depositors may contact any branch of Consolidated Bank Ghana Ltd (“CBG”) the paying bank to access their newly created Cash accounts which were originally designated as Commercial Paper (Bond) accounts at the bank”, the statement said.

It is recalled that in February this year, the government, through the Ministry of Finance, released GHS5 billion to the Receiver of the defunct Savings and Loans and Microfinance Companies, as well as the Official Liquidator of the Microcredit companies through Consolidated Bank Ghana (CBG).

This was in a combination of cash and bonds to fully settle all validated claims due depositors of failed Specialised Deposit-Taking Institutions (SDIs).

The Bank of Ghana collapsed nine local banks, 347 microfinance institutions and 23 savings and loans; and finance houses within a space of two years as part of the financial sector clean up in the country.

Find below the full statement

IN THE MATTER OF THE BANKS AND SPECIALISED DEPOSIT-TAKING INSTITUTIONS ACT,2016(ACT 930)

NOTICE OF CONVERSION OF GOVERNMENT BACKED NON INTEREST BEARING COMMERCIAL PAPER (“BONDS”) INTO CASH AT NO DISCOUNT IN RESPECT OF PAYMENTS TO AFFECTED DEPOSITORS OF RESOLVED MICROFINANCE, AND SAVINGS AND LOANS AND FINANCE HOUSE COMPANIES WHOSE CLAIMS HAVE BEEN VALIDATED IN THE RESOLUTION PROCESS

In line with Government’s commitment to protect depositors funds and to shore up public confidence in the financial system, Government made available to the Receiver of the above resolved companies, as well as the Official Liquidator of the Micro Credit Companies in official liquidation, a combination of cash and Commercial Paper totalling approximately GHS6.49billion to fully settle the valid depositor claims on these institutions.

As the Receiver/Official Liquidator brings the processing and payment of valid depositor claims to closure, a total amount of approx GHS6.07billion has been paid to some depositors of these resolved companies, leaving an amount of approx. GHS402million to be paid to the remaining depositors, to fully settle all valid depositor claims in the resolution process. It should be noted that these claims include validated claims previously assessed by the Receiver/Official Liquidator as Late Submission claims owing to the fact that they were submitted after the extended deadline for the submission of depositor claims in the resolution process.

Of the total amount of approximately GHS6.49billion required to fully settle all valid depositor claims in the resolution process, about GHS3.56billion of these claims in value representing approx 55% of total claims payable are being settled with Government of Ghana backed Non-Interest bearing Commercial Paper (“Bond”), with the remaining approx. 45% in value of claims payable, worth approx. GHS2.93billion being settled with Cash.

The Depositor Payment Scheme set up by the Receiver/Official Liquidator to administer and fully settle all valid depositor claims in the resolution process has largely been successful; however an area of concern for most of the affected depositors is with the features of the Commercial Paper used to partially settle the indebtedness of these resolved companies to those depositors whose claims were not fully extinguished by the payment of cash to them. These depositors have indicated that the features of the Bond, being non-interest bearing and with a tenor of five years do not make the Bond commercially attractive, thus creating a significant loss in value of their claims to them.

Sensitive to these concerns and in order to provide additional liquidity to the financial sector, Government has made available to the Receiver/Official Liquidator additional cash amounting to approx.GHS3.56billion, equivalent to the total value of the Bond component of funding required to fully satisfy the indebtedness of the resolved entities to their body depositors. It is the expectation that this additional cash of approx. GHS3.56billion will replace the Commercial Paper which has been issued by Government in favour of affected depositors of these companies in resolution.

As a result of this new funding arrangement provided by Government, all valid depositor claims in the resolution exercise worth GHS6.49billion in value are being fully settled in CASH.

Notice is hereby given that with effect from Wednesday 16 September 2020, affected depositors may contact any branch of Consolidated Bank Ghana Ltd (“CBG”) the paying bank to access their newly created Cash accounts which were originally designated as Commercial Paper (Bond) accounts at the bank ie CBG.