FGR failed to invest even a 'penny' in Prestea-Bogoso mine; lacks funds — Minerals Commission 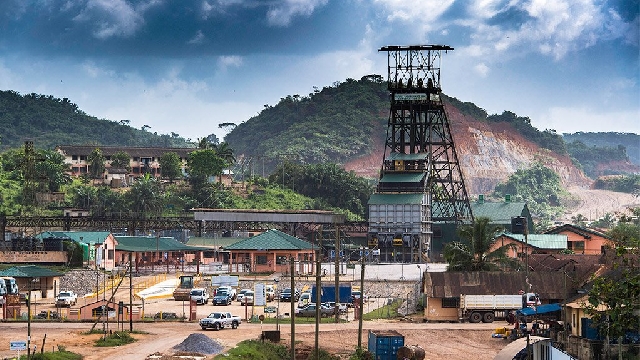 FGR are the new owners of the Prestea-Bogoso mine

The Minerals Commission of Ghana has accused the new owners of the Prestea-Bogoso Mine Limited (PBL) in the Western Region, Future Global Resources Limited (FGR), of lacking the financial capacity to invest in and turn around the fortunes of the mine.

The mining sector regulator said the company had failed to invest “a penny” in the century-old underground mine since the acquisition in July last year, although it promised to raise and invest about $28 million in the mine.

In a notice to FGR, a copy of which has been obtained by the Daily Graphic, the commission said the company had 120 days, starting from June 18, to remedy all its regulatory breaches or risk losing its licence.

The commission said in the notice, signed by its acting Chief Executive Officer, Mr Martin Kwaku Ayisi, that FGR admitted, prior to the approval of the acquisition, that the investment was crucial to reinvigorate the mine to help raise production from 40,000 ounces of gold in 2020 to around 100,000 ounces by December this year.

The notice was signed by the Minerals Commission CEO on behalf of the Minister of Lands and Natural resources, Mr Samuel Abu Jinapor,

The commission said the notice was also the final warning to FGR to post the environmental bond as well as pay its mineral rights fee to be able to receive a permit.

It noted that the company had breached stated regulations by failing to pay the mandatory annual fee and posting the environmental bond, in spite of being granted a request for extension.

Meanwhile, when contacted, FGR said it had begun the process to acquire the permit and post the environmental bond this week.

On the investment, the company said in the emailed responses that: “$12million had either come directly from Blue or guaranteed by Blue. “

“FGR is currently updating its life of mine plan based on recently updated reserve and resource data and this will generate a capital investment programme that will be fully supported by Blue,” it added.

According to the company, the Minerals Commission notice was issued by mistake and had since been withdrawn

The Minerals Commission notice was issued to FGR on June 18, this year.

FGR, a subsidiary of Blue, currently operates with a temporary operating permit, which was extended by 90 days, starting from April 1, this year, according to the notice.

The company purchased Golden Star Resources’ 90 per cent stake in BPL last year for $95 million as part of a strategy by the government and the two mining firms to revamp the mine and stimulate economic activities in the host community. The government owns the remaining 10 per cent.

Blue described the mine as “a world-class operational gold mine” on its website, adding that the acquisition made the group the holder of the largest gold concession in the country.

A successful revival of the mine is critical to the residents and livelihoods in Prestea-Bogoso and its environs and the economic prospects of the area in general.

For a start, it will reignite hopes of a revitalised Prestea-Bogoso that can, for once, bask in the glory of a mining town.