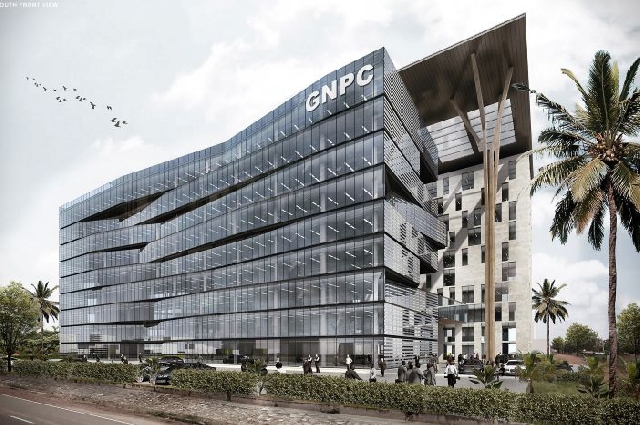 The African Center for Energy Policy is calling on the Ghana National Petroleum Corporation (GNPC) to come clear on how it intends to finance the $199 million acquisition of the Jubilee and TEN Oil Fields ceded to it by Kosmos Energy in 2021.

According to ACEP, the Corporation has set up an offshore company in the Cayman Islands to hold the seven per cent interest rather than owing it directly or through a subsidiary in Ghana.

ACEP, in a statement, argues that this raises the bar on opacity and worsening accountability associated with the Corporation.

ACEP noted that GNPC’s acquisition of the seven per cent interest in Jubilee and TEN Fields must fulfill all legal righteousness.

Below is the full ACEP statement:

• GNPC is acquiring 7% of Jubilee and TEN oil fields ceded to it by Kosmos Energy from a $750m acquisition of Oxy’s interest in October 2021.

• The Corporation has not communicated how it intends to finance the $199 million acquisition, leading to speculations of illegality in breach of the PRMA.

• The Corporation has set up an offshore company in the Cayman Islands to hold the 7% interest rather than owning it directly or through a subsidiary in Ghana. This raises the bar on opacity and worsening accountability associated with the Corporation.

Houston based Anadarko was part of the contractor group on the Jubilee and TEN fields from inception through a locally registered subsidiary, Anadarko WCTP Limited. In 2019, Anadarko sold its global assets to Occidental (Oxy). Shortly after, Oxy began the disposal of non-core assets worldwide to reduce its debt. In Africa, a portfolio of assets in Ghana, Algeria, Mozambique, and South Africa was affected.

In 2020, Oxy negotiated the sale of the Africa assets to Total Energies (Total). However, the Ghana Revenue Authority (GRA), as part of the exit negotiations and approval process, demanded a capital gains tax of about $500 million. In Algeria, authorities demanded that the national oil company exercise its pre-emption rights over the assets, which blocked Total's acquisition of the Algeria asset. Eventually, Total purchased the assets in Mozambique and South Africa, with Ghana and Algeria bogged down by tax claims and pre-emption rights challenges, respectively.

Subsequently, Oxy decided to hold on to the Algeria assets and reengage the market for the Ghana assets. Kosmos Energy opted for the assets and concluded negotiations on a purchase price of $750 million for Oxy’s interest in Jubilee and TEN fields in April 2021. This time, GRA settled on investment gains tax after it became contractually untenable to exact capital gains tax. The ministerial approval for the transaction was delayed until early October 2021.

GNPC’s Benefits in the Transaction

As part of negotiations and Kosmos’ quest for regulatory clearance, the company made three important concessions post its negotiation with Oxy;

1. Ceded 7% of the participating interest of Oxy to GNPC on both fields at the price of about $200 million.

2. Committed to training GNPC’s staff in furtherance of the Corporation’s effort to become an operator.

3. Debt settlement of $16 million, about half of GNPC’s debt to Anadarko on behalf of the Corporation

ACEP believes that this is a compelling acquisition based on the data and process of valuation adopted by Kosmos to protect shareholders’ interest. The negotiated price of $750 million represents a reserve valuation of about $5.2/barrel, achieved through a 2P reserve audit conducted by Ryder Scott, an independent reserve auditor. This was similar to what CSOs demanded of GNPC and Parliament of Ghana on the proposed Aker transaction, rather than the unaudited estimates of the seller, used for the many valuations at about $8.3/barrel before development investment. In addition, Kosmos estimates a short payback period of three years at $65/barrel and maintains resiliency at $45/barrel.

Additionally, the two fields are already in production and provide immediate cash flow and eliminate much of the uncertainties associated with undeveloped assets.

In its brief statement issued on the 14th of October 2021, GNPC indicated that the purchase price for the 7% interest is $199 million at the effective date of 1st April 2021. This was reduced to $165 million after the closing adjustment in October. GNPC has been silent about its financing plans. In the case of Kosmos Energy, the company issued a detailed statement to investors and communicated how it intends to finance its $550 million acquisition price (i.e. $400 million bridge financing from Barclays and Standard Chartered Bank and the balance from cash reserves).

In the absence of official information on the financing options from GNPC, speculations are rife. In October 2021, Africa Intelligence reported that GRA, by extension the Finance Ministry, intends to lend the tax settlement amount from the Oxy transaction to GNPC to 3 offset the acquisition cost of the 7% interest with no recourse to the Petroleum Revenue Management Act (PRMA), Act 815 as amended. The PRMA, since its inception, has suffered many accountability challenges. But for any revenue to be encumbered outside the express dictate of the law will be the final nail in the coffin of the Act, a precedent that will undermine the very existence of the Act. There is no individual, institution or authority clothed with the power to appropriate petroleum revenue outside the PRMA, even if the act can be justified as necessary.

Should Finance Ministry Lend to GNPC?

The answer is a simple no. In the current economic context of high-interest rates and the weak primary balance of the country, a more optimal and innovative approach to financing the 7% interest is required. ACEP appreciates that GNPC is broke, and its weak financial position exposes it to high cost of capital. However, given that the Jubilee and TEN fields are producing assets, they could be leveraged, especially through creditworthy partners to finance the acquisition. Any percentage of savings through innovative approaches is better than using tax revenue needed for the national budget in an austere period. Borrowing by the Finance Ministry at a higher cost for GNPC will not reflect the difficult picture on revenue painted in the 2022 budget.

Holding the 7% interest in a tax haven

In the official communications to announce the acquisition of the 7% interest in Jubilee and TEN, GNPC indicated that:

“The interests acquired will be transferred to GNPC’s subsidiary, the GNPC Exploration and Production Company (GNPC Explorco). With this acquisition, GNPC Explorco will become part of the contractor group for the two blocks, together with Tullow, Petro SA and Kosmos (who also bought additional interest in the two blocks)”.

While the Corporation has not provided public information on the strategic essence of this approach, the unofficial explanation received by ACEP indicates that the Corporation intends to use the offshore company to pay off the loans for the acquisition before the interest reverts to Explorco. This is to avert disbursement uncertainties from the Finance Ministry in compliance with the PRMA. In other words, GNPC cannot trust the Ministry of Finance to make available part of the proceeds from the 7% interest to amortise the loan. This has created the situation where the Corporation wants to live unto itself, not the law and the nation’s strategy for its existence, by avoiding the Ministry of Finance and the PRMA. Paradoxically, the Ministry of Finance, which is supposed to be the defender of the PRMA, is an active participant in the ongoing process.

It is also intriguing why GNPC has instead decided to create a subsidiary in a tax haven even if it needed a new subsidiary. Companies hide in tax havens for two popular reasons: secrecy and tax avoidance. Which of the two motivates GNPC?

The legal status of Jubilee Oil Holding Limited in Ghana

Holding on to the assumption that GNPC owns Jubilee Oil Holding Limited, it is still not enough for the company to transact business in Ghana’s oil industry without registering with the Registrar General as a foreign entity and with the Petroleum Commission to participate in the industry. Regardless, the Ministry of Finance, Ministry of Energy and the regulator, Petroleum Commission, are patronising the obvious illegality.

ACEP supports the acquisition of the 7% interest in the Jubilee and TEN fields. However, the right processes must be followed in respect of Ghanaian laws and proper corporate governance practices that project GNPC among its peers on accountability benchmarks. In addition, how the Corporation has become broke from a strong cash position in the early years of oil production is a major subject for the government’s attention. Otherwise, additional interest will not necessarily produce a better Corporation.

The PRMA reflects the country's philosophy on the management of petroleum resources. It is not the enemy of GNPC. The Corporation must find ways to fit into that philosophy to advance the overall national interest rather than the attempts to evade the dictates of the PRMA with convoluted schemes such as the new efforts to relocate assets in Ghana to the Cayman Islands.

1. The Corporation should seek Parliamentary approval to ringfence the 7% interest to guarantee a loan for a short period of 3-5 years to allow GNPC to use revenue from the acquired interest to amortise the loan.

2. GNPC should hold the interest locally, either directly or through Explorco. A state company must lead by example, open itself wholly to the country's tax laws, and encourage others not to hide.