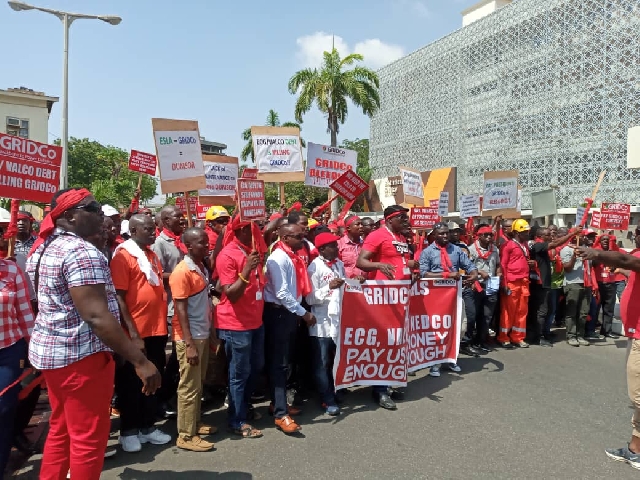 Workers of the Ghana Grid Company (GRIDCo) are demanding the release of some GHS1.2 billion owed them or they will completely stop work.

Hundreds of the workers demonstrated on Tuesday, 3 December 2019 by marching from the Black Star Square to the Ministry of Finance to present a petition which was received by Mrs Abena Osei-Asare, a Deputy Minister of Finance and Member of Parliament (MP) for Atiwa East Constituency. 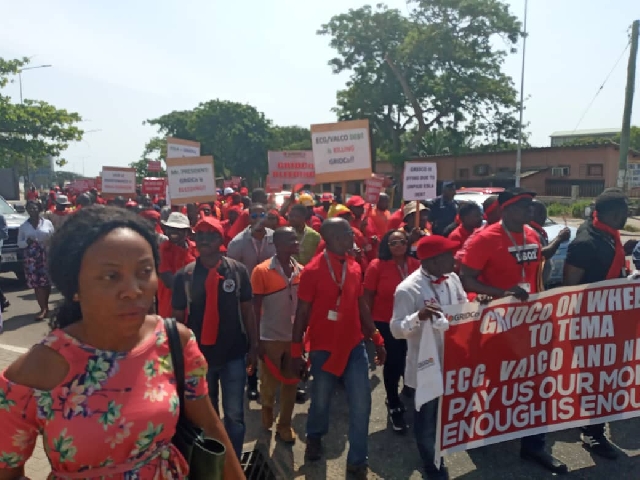 The group later proceeded to the premises of the Electricity Company of Ghana (ECG) within the ministries enclave in Accra where they chanted and demanded the settlement of debts owed GRIDCco. 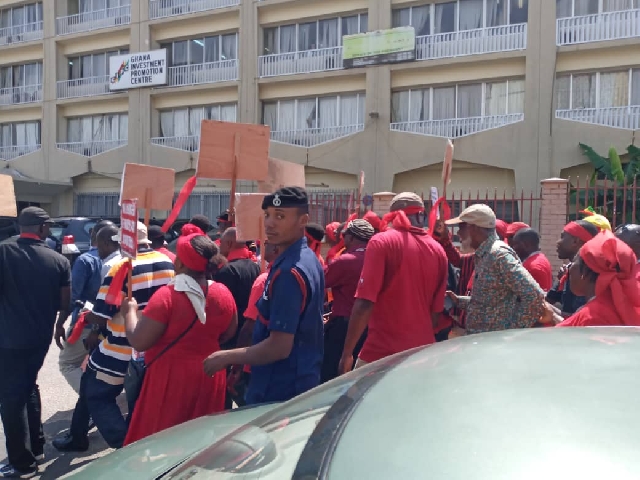 They are demanding some GHS1.2 billion owed the company by key stakeholders in the energy sector including ECG, the Northern Electricity Distribution Company (NEDCo) and the Volta Aluminum Company (VALCo). 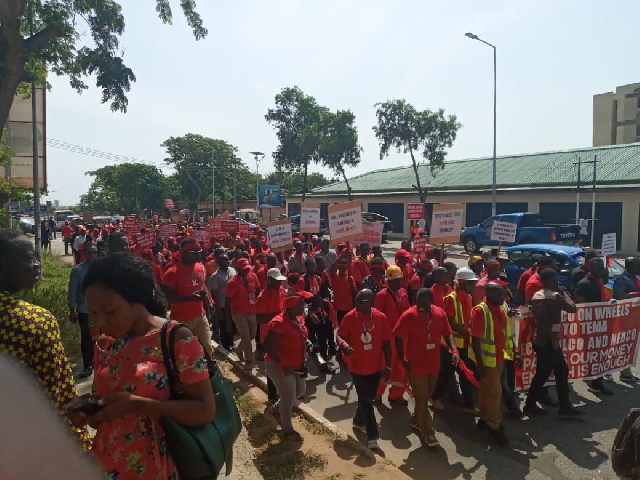 At a press briefing on Thursday, 21 November 2019, the President of the GRIDCo Staff Union, Raphael Kornor, said the march will lead to a declaration of a sit-down strike on 4 December 2019 if their concerns are not addressed, immediately. 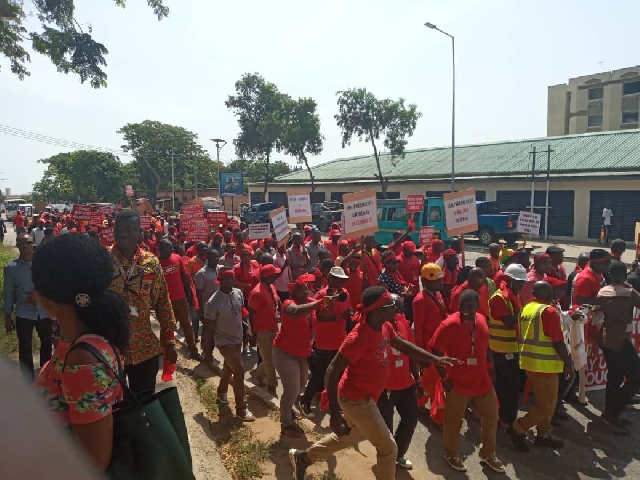 The staff, he said, “have reached their wit's end and cannot continue to sacrifice any longer”.