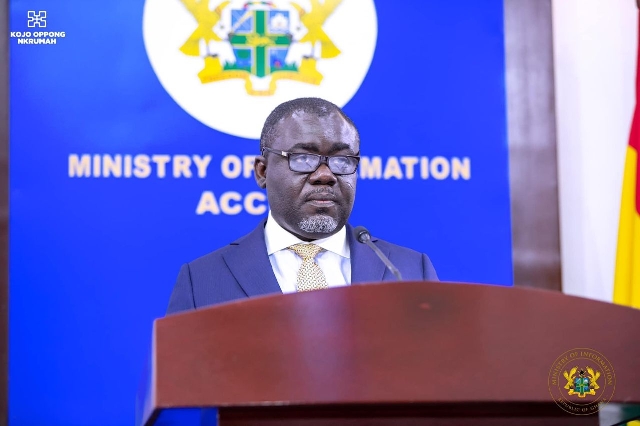 When he took his turn on the mid-week Minister’s Press Briefing in Accra on Wednesday, 27 October 2021, Mr Asiamah said since assuming office in 2017, the government has embarked on major infrastructure expansion and service improvements in Ghana’s maritime and inland waterways as well as the aviation sector, to make the country’s ports competitive and highly patronised.

Mr Asiamah said the “government has embarked on an aggressive programme to modernise the country’s seaports to position them as the leading container hub and the beacon of international trade within West Africa”.

The Tema port, he said, “has seen major infrastructure upgrade in the last four years”.

“Some of the works include the development of four berths at the new Dedicated Container Terminal (MPS Terminal 3). These have been completed and fully operational”, he noted.

He said “the new terminal is arguably one of the biggest and most efficient in West Africa, and, thus, enhances our competitiveness in the maritime domain”.

According to Mr Asiamah, prior to the commencement of the terminal in 2018, the volume of transshipment cargo was 71,855 tonnes but with the coming on stream of the terminal and the completion of the berths, transshipment volumes have increased by five folds to 366,718 tonnes as of the end of 2020.

The minister attributed this positive development to the government’s broad strategy of improving our port infrastructure, so, they can rake in the needed revenue.

Mr Asiamah also outlined various infrastructure projects that have either been completed or are ongoing in the transport sector.

He said so far, work is almost done on phase II of the Kumasi Airport.

Alos, he announced that work on the Tamale Airport (phase II) is also at an advanced stage while the Sunyani Airport is nearing completion.

He noted that the government is constructing 12 landing sites across the country.