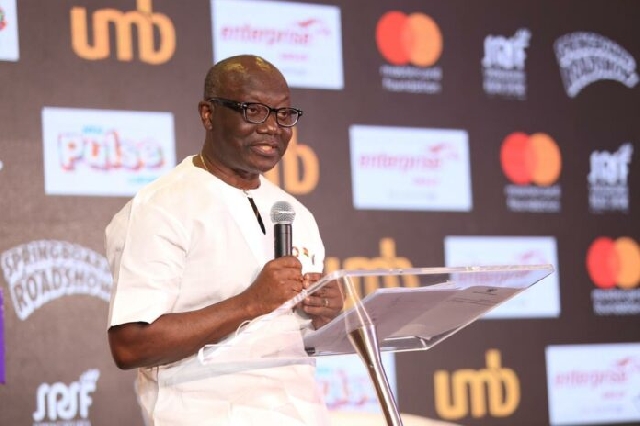 Ghana’s economy recovered strongly during the second quarter of this year and is expected to continue for the remaining quarters of the year, despite the presence of COVID-19.

According to Fitch Solutions, the research arm of rating agency Fitch, its data suggest that the economy was on a strong rebound, consistent with the Bank of Ghana’s Composite Index of Economic Activity as well as Business and Consumer Confidence Survey.

The economy expanded by 3.1 per cent in the first quarter of this year, aided by Construction, Manufacturing as well as Information and Communication sub-sectors.

But it was lower than what was realised in the same period in 2019.

“High-frequency data suggests strong recoveries in Kenya, Uganda and Ghana, while weak Q12021 Gross Domestic Product readings for South Africa and Mozambique point to a muted outlook for Southern Africa,” it pointed out.

It further said, “although Ghanaian GDP data have not yet been published at the time of writing, PMI readings and the Central Bank’s composite indicator of economic activity both indicate robust growth in economic activity in the first months of 2021.”

Meanwhile, Fitch Solutions expects the Policy Rate-the rate at which Bank of Ghana lends to commercial banks to remain the same at 13.5 per cent for the rest of the year to support economic recovery.

Senior Risk Analyst in charge of sub-Saharan Africa at Fitch Solutions, William Attwell said the policy rate would be kept at its current level to stimulate economic recovery.

“Our view now is that we expect the Central Bank to hold the benchmark interest rate at its current level -13.5 per cent until the end of the year. This is to enable the economic recovery to gain momentum in the coming months”.

He added: “We expect Ghana’s economy to be among the strongest economies in sub-Sahara Africa this year, growing around 4.5 per cent. We think vaccines rollout in the coming months will help check covid-19 infections.”

The Ghanaian economy expanded by 3.1 per cent in the first quarter of this year, the lowest since the same period in 2019.

According to figures from the Ghana Statistical Services, Construction (14.2 per cent)), Manufacturing (6.1 per cent) as well as Information and Communication (22.1 per cent) sub-sectors were the main drivers of growth for the first three months.

The Agriculture sector recorded the highest growth of 4.3 per cent and was followed by the Services sector with a growth of 4.0 per cent.