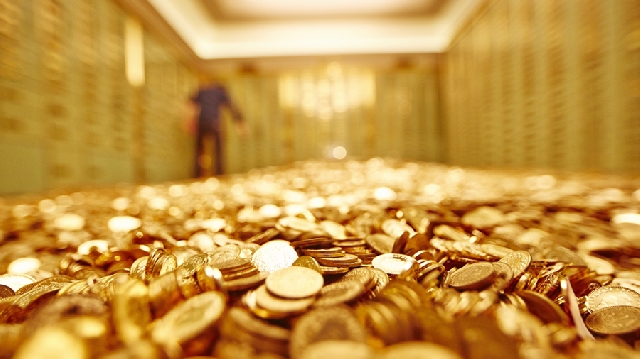 The dollar moved lower, which helped buoy the yellow metal, but there were little movements in US yields which continued to generate headwinds for gold prices.

Gold volatility has moved lower dropping down to 20% after hitting a fresh 11-year high at 56% in March. This level is still approximately 13% higher than the 50-week moving average of gold implied volatility which is at 17%.

Traders await Thursday jobless claims data out of the US which if weaker than expected, should help buoy gold prices.

The Fed released the April meeting minutes and said that official additional guidance may come later.

The Fed also discussed capping rates at specific levels, which would put a floor under riskier assets. Hedge funds remain long futures and options waiting for gold prices to break out further.

Gold prices edged higher and closed at a fresh 7.5-year high. Short term resistance is seen near the May highs at $1,765.

The histogram crossed through the zero-index level and has an upward sloping trajectory which points to higher prices.