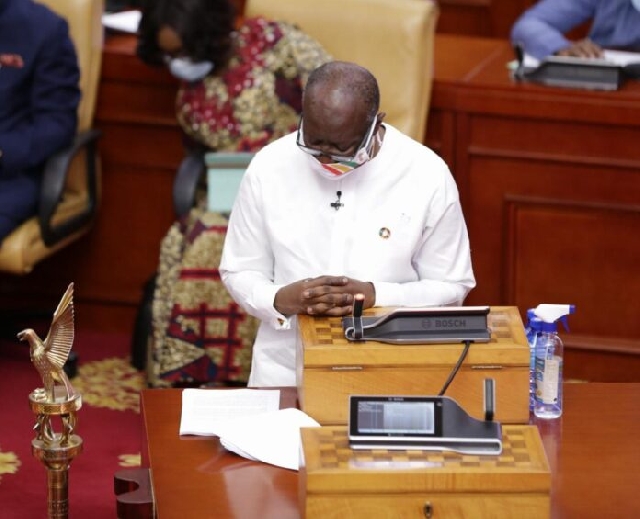 Finance Minister Ken Ofori-Atta has assured parliament that the government remains committed to implementing measures to address the depreciation of the Ghana cedi against major international currencies.

The Minister gave the assurance when he responded to a question posed to him in parliament by the Member of Parliament (MP) for the Bongo Constituency, Mr Edward Abambire on Wednesday, June 22, 2022.

According to Mr Ofori-Atta, the government has so far implemented a 30% cut in expenditure, as part of measures to reduce the fiscal deficit, noting that this is geared toward helping reduce the pressure on the exchange rate.

“Government is complementing efforts to keep the cedi afloat through its fiscal consolidation measures and real sector interventions”, he told the chamber.

“The implementation of the 30% cut in expenditure and other expenditure measures approved by Cabinet are all helping to reduce the fiscal deficit and thereby reduce the pressures on the exchange rate,” he said.

Mr Ofori-Atta said, in addition, the government is undertaking real sector interventions including the Ghana CARES programme to support imports substitution of products such as poultry, rice, and other essential commodities, thereby reducing foreign exchange pressures from the imports of those products.

Mr Ofori-Atta said the government is also arranging to raise about US$1 billion to support the 2022 budget and foreign exchange reserves.

This forex inflow, he explained, is expected to improve supply of the foreign currency and the stability of the local currency.