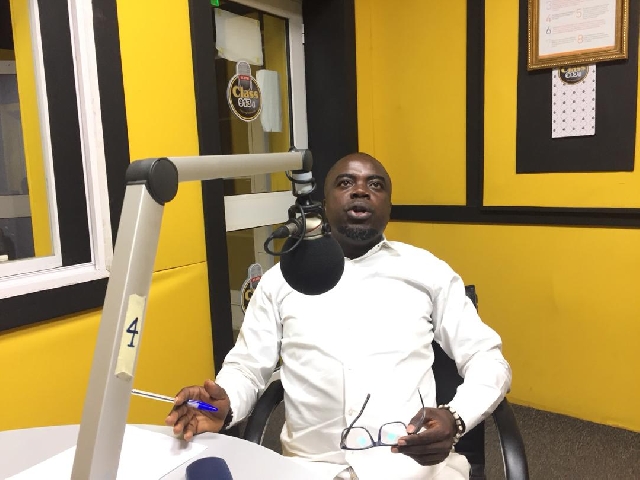 Closing down Heritage Bank with the excuse that the founder, Mr Seidu Agongo was “not fit and proper” to own a bank is an “absurdity”, Mr Kwabena Bobie Ansah, host of Accra100.5FM’s The Citizen Show has said.

“When you have a system that decides to crush people’s business with rules and regulations; with laws and whatever; whichever mechanism, it’s scary”, Bobie Ansah told Nana Kwasi Asare on Class91.3FM’s The Big Show on Saturday, 7 December 2019.

“The reason they [Bank of Ghana] gave to close down Heritage Bank is that the owner is not fit and proper to own that bank”, he said, wondering: “How can you just stay in such a system, in such an environment?”

According to him, Heritage Bank was not closed down because it was insolvent or had committed any illegality. “I don’t know how ‘fit and proper’ became an issue to close down somebody’s business” Bobie Ansah noted.

Announcing the revocation of Heritage Bank’s licence on 4 January 2019, the Governor of the central bank, Dr Ernest Addison, said since Mr Agongo was the subject of criminal prosecution in connection with a GHS271 million fertiliser supply to the Ghana Cocoa Board (Cocobod), he was, therefore, not fit and proper to own a bank.

Dr Addison told journalists – when asked if he did not deem the action as premature, since the Cocobod case was still in court – that: “The issue of Heritage Bank, I wanted to get into the law with you, I don’t know if I should, but we don’t need the court’s decision to take the decisions that we have taken. We have to be sure of the sources of capital to license a bank; if we have any doubt, if we feel that it’s suspicious, just on the basis of that we find that that is not acceptable as capital. We don’t need the court to decide for us whether anybody is ‘fit and proper’, just being involved in a case that involves a criminal procedure makes you not fit and proper”.

Mr Agongo, in a statement, said the “not fit and proper” tag stamped on him by the Bank of Ghana was “capricious, arrogant, malicious and in bad faith”.

It was Mr Agongo’s contention that: “In purportedly making the determination, the central bank, obviously, had little regard for the time-honoured principle that a person is presumed innocent until proven guilty by a court of competent jurisdiction”, adding that: “The fact that I have a case pending before the High Court is a matter of public knowledge but my guilt or innocence is yet to be determined by the honourable court”.

“The determination that I am not a fit and proper person to be a significant shareholder of HBL because the central bank suspects the funds are derived from illicit or suspicious contracts with Cocobod is not only calculated to pre-judge the outcome of the criminal proceedings but also violative of the principle of presumption of innocence to which every individual is entitled. Since when has suspicion become a substitute for credible evidence?” Mr Agongo asked.