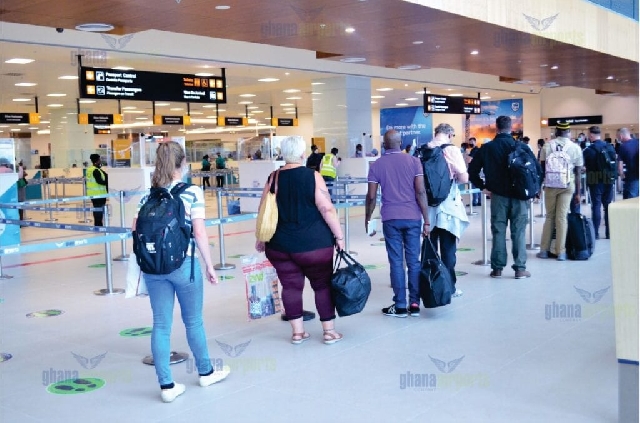 The staff insist their MD is incompetent and must go

The staff of the Kotoka International Airport are demanding the removal of their Managing Director, Mr Yaw Kwakwa over mismanagement claims.

They have laid down their tools pursuant to their demand.

The unionised staff of the Ghana Airport Company Limited issued a statement to that effect on Thursday, 25 February 2021 in which the leadership asked the staff to withdraw all services effective Friday, 26 February from 06:00hrs until otherwise further notice.

The “action has become necessary following the Board’s attempt to shelve the report of an investigative committee comprising the Ministry of Aviation, the Board, senior management, and the Public Services Workers Union, which confirms the allegations of mismanagement and abuse of office levelled against the Managing Director, Mr Yaw Kwakwa.”

The strike will affect services such as screening of pre-board passengers and access control, fire/safety cover for all aircraft, water supply and sewage treatment and public announcement and flight display. 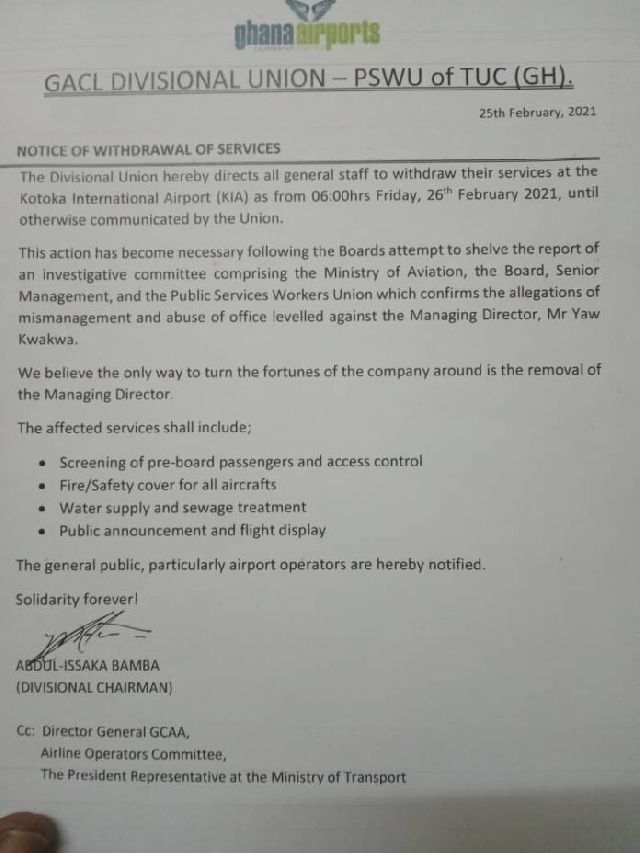 In October 2020, the staff made a similar demand for Mr Kwakwa’s removal with claims that he was incompetent.

“The Managing Director, since assumption of office two years ago, has demonstrated gross incompetence, insensitivity and lack of understanding of the critical Aviation Industry and, therefore, his continuous stay in office will further derail the progress of the company,” the staff said in a petition to President Akufo-Addo last year.

They also accused the MD of “deliberate refusal to implement several interview reports lying on his desk for over two years, outsourcing key aspects of the company’s operations at exorbitant cost, notwithstanding the availability of in-house capacity.”

The staff, at the time, issued a two-week ultimatum for their demand to be met or they embark on a series of industrial actions.