Mene briefs Ayorkor Botchwey on progress of implementation of AfCFTA 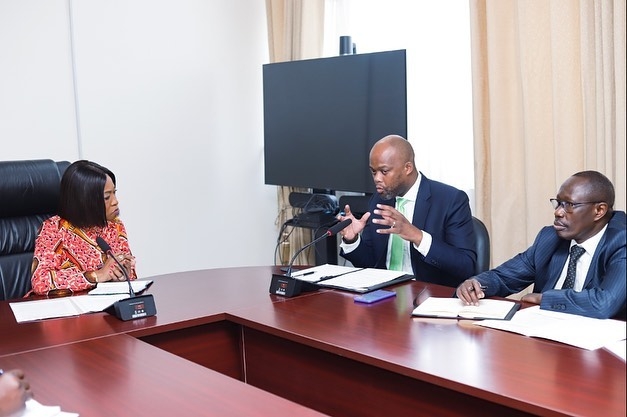 During the meeting, the Minister commended the Secretary-General for his leadership and tireless efforts at ensuring the commencement of intra-African Trade on 1st January 2021.

She also assured the Secretary-General of the support of the Government of Ghana for the fulfilment of the objectives of the AFCFTA Agreement.

The AfCFTA is a free trade area founded in 2018, with trade commencing as of 1 January 2021. It was created by the African Continental Free Trade Agreement among 54 of the 55 African Union nations.

The free-trade area is the largest in the world in terms of the number of participating countries since the formation of the World Trade Organization.