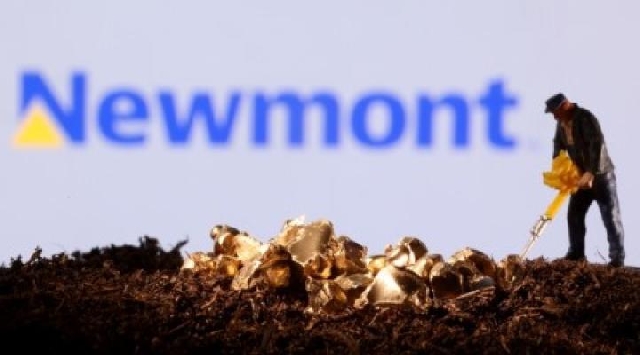 On November 18, Newmont’s Porcupine mine was pleased to host Ontario Premier Doug Ford on site, alongside members of his cabinet, to announce its new state-of-the-art water treatment plant.

Throughout 2021 and 2022, Newmont made a $ 160 million investment into the new plant, which will benefit the entire ecosystem and surrounding watershed through the collection, treatment and return of impacted water.

Provincially, this plant will have one of the lowest effluent discharge limits within the mining sector.

The investment demonstrates how industrial and environmental interests can be aligned, and is a strong example of Newmont’s commitment to sustainable and responsible mining.

Newmont anticipates that construction of the plant will be completed before year-end and begin discharging in 2023; once operational, the plant will return up to 13 million cubic meters of treated clean water to the Mattagami, Frederickhouse and Upper Kapuskasing watersheds.

After more than a century of mining in Timmins, the next phase of operations at Porcupine is an opportunity to support regreening the region, significantly improve site water management and support the local watersheds while maintaining employment and economic benefits for Northern Ontario communities, local First Nations and the government.

"This investment from Newmont is a huge vote of confidence in Timmins, our workers and the future of Northern Ontario. We are grateful that Newmont has chosen to deepen its commitment to Ontario, and we look forward to seeing them thrive right here in Timmins."

“Our government is a strong supporter of the mining industry and its workers because we appreciate its importance to communities across the north, including Timmins. This is another example of how mining companies operating in Ontario are leading the charge when it comes to sustainability. I want to congratulate Newmont for their strong commitment to the Porcupine operations. By building this treatment facility, Newmont is creating 100 contract jobs and improving the water quality and ecosystem of Porcupine.”

Since 1910, the historic Porcupine mining district has produced more than 67 million ounces of gold. The modern Porcupine mine is the largest employer in Timmins, with more than 1200 employees and contractors. Newmont leadership has applauded Porcupine for its ongoing commitment to safe and sustainable production. “Investments like the new water treatment plant that we are announcing today are on

ly made possible by the steadfast commitments of our employees, all levels of government and our Indigenous communities and partners. I would like to thank all involved for their dedication to upholding our reputation as an industry leader in safe, sustainable and responsible mining.”

This landmark investment demonstrates the value that Newmont sees in the Northern Ontario mining jurisdiction and reinforces the commitment made by all at Porcupine to safe and responsible mining. I would like to extend my thanks to all involved in bringing this water treatment plant to fruition.”