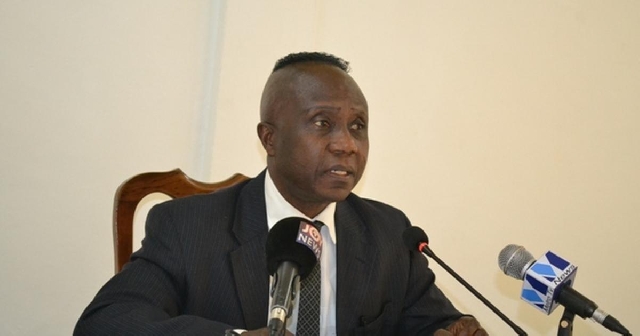 The Ministry of Finance, the Bank of Ghana and the Ghana Revenue Authority (GRA) must ensure that the $100 million of Ghana’s oil money that was transferred to an overseas account is immediately reimbursed to the Petroleum Holding Fund (PHF), the Director of Research at the Institute of Economic Affairs (IEA), Dr John Kwakye, has said.

“The question is whether the $100 million belongs to Ghana or not. If it does, then GNPC can’t keep it outside BoG custody. The Ministry of Finance, BoG and GRA must ensure that the money is promptly transferred to the PHF held by BoG”, Dr Kwakye noted.

On Thursday, 17 November 2022, the Deputy Chief Executive in charge of Commerce, Strategy and Business Strategy of the Ghana National Petroleum Corporation (GNPC), Mr Joseph Dadzie, told the ad hoc parliamentary committee hearing allegations of reckless mismanagement of the economy and conflict of interest against Finance Minister Ken Ofori-Atta that the president’s cousin did nothing wrong as far as the payment of the $100 million of Ghana’s oil revenue to an offshore account is concerned instead of into the petroleum holding fund.

Mr Dadzie told the committee: “JOHL [Jubilee Oil Holding Limited] is a 100 per cent subsidiary of GNPC”, noting: “We believe it is a company registered under the Companies Act and, obviously, the terms and conditions, the constitution of JHOL, is governed by the Companies Act, and, for that reason, 100 per cent of the revenue cannot be put into the Petroleum Holding Fund.”

Earlier, the Public Interest Accountability Committee (PIAC) had insisted on the same day that the petroleum receipts that were paid into a different account other than the petroleum holding fund, flouted the laws of Ghana.

PIAC Vice Chair Abdul Nasir Alfa Mohammed said: “We explored all the laws, in our opinion, that border around this issue and we still came to an independent opinion, which we stand by on any day, that those revenues ought to have formed part of the petroleum revenues of Ghana and ought to have been deposited in the petroleum holding fund and not in any other account”.

“So, for us, it was contrary to law for that money to have been deposited in any accounts, if at all”, Dr Mohammed said on Thursday, 17 November 2022.

The Petroleum Holding Fund (PHF) was established under Section 2 of the PRMA, as the designated public fund at the Bank of Ghana to receive and disburse petroleum revenue due the Republic of Ghana.

The PHF is held offshore at the Federal Reserve Bank of New York, as the Bank of Ghana Petroleum Holding Fund Account.

The gross receipts into the Petroleum Holding Fund are made up of the following:

Royalties from oil and gas, surface rentals and other receipts from petroleum operations and sale or export of petroleum;

Receipts from direct and indirect participation in petroleum operations by the government;

Any amount payable by the national oil company as corporate income tax, royalty, dividends, or any other amount due in accordance with the laws of Ghana;

Any amount received by government such as capital gains tax derived from the sale of ownership of exploration, development and production rights;

In September this year, the minority caucus in parliament noted with “serious concern” the “inability or refusal of the Akufo-Addo/Bawumia-led government” to account for over $100 million of oil funds that accrued to the state coffers concerning petroleum lifting in the first quarter of 2022.

In a statement dated Thursday, 29 September 2022, signed by Mr John Abdulai Jinapor, the ranking member of the mines and energy committee of parliament, the caucus said: “The decision by the current NPP government to transfer revenues accruing from about 944,164 bbls of crude lifting in the Jubilee and TEN fields to a company established in a safe haven (outside Ghana) without parliamentary approval, amounts to a gross violation of the Petroleum Revenue Management Act, 2011 (Act 815) and Public Financial Management Act (Act 921)”.

However, the Chairman of the Mines and Energy Committee of Parliament, Mr Samuel Atta Akyea, said no $100 million oil money due Ghana was missing.

Mr Atta Akyea told Kofi Oppong Asamoah on Class91.3FM’s breakfast show on Friday, 30 September 2020: “Well, I think it’s a storm in a teacup because sometimes the impression is being given that the money has been spirited away”.