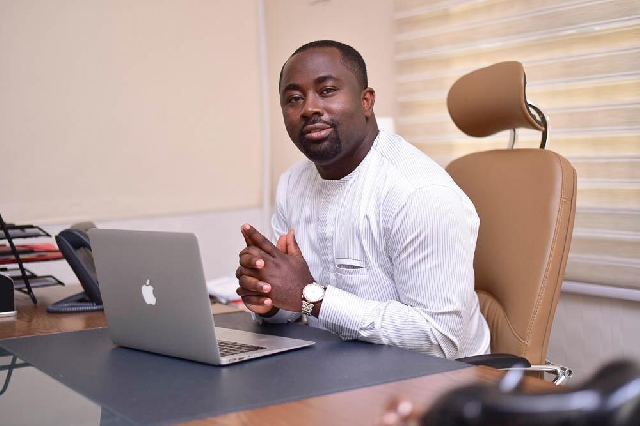 A private businessman, Mr Harris Owusu Ansu Gyeabour, has sued the Ghana Police Service for defamation following a publication by the law enforcement body claiming he had defrauded an influential businessman by false pretences.

But a statement from the lawyers of the businessman said the action of the police has done far-reaching damages to the image of their client.

The statement insisted that the police failed to establish whether, indeed, Mr Ansu Gyeabour’s had committed the offence of defrauding by false pretences before publishing such information.

It added that the police service acted quite unprofessionally in the handling of the matter since it failed to adhere to certain rules of engagement that demand that it makes reasonable efforts to ascertain certain things before publishing same.

The statement further argued that the police’s arbitrary decision to publish a notice declaring Mr Ansu Gyeabour “wanted” has tarnished his reputation and made him lose many key business transactions.

On Monday, 13 January 2020, the police detained Mr Ansu Gyeabour, allegedly on the orders of an influential and powerful Ghanaian businessman.

Before his detention at the Ministries Police Station, sources say the police searched his home without a warrant.

Mr Ansu Gyeabour and his lawyer had gone to the Central Police Station on Monday to file a petition and demand an apology from the police after he was put on the wanted list without any attempt to reach out to him or his office even though he was in the jurisdiction.

“I have been here all through. Nobody called me, nobody came to my office, I travelled and came through the airport without anybody stopping me, I go for walk always in my neighbourhood, so, how can they say they cannot find me. I have been here since.

“I came here to demand why they put me on the list when I have not committed any crime only to be told an influential and powerful businessman (name withheld) has filed a complaint against me. The police didn’t even find out if I have committed the offence he accuses me of or not and they are doing this to me. I’m calling on the President, the attorney general and anyone” to intervene, he told journalists.

“I am appealing to the President of Ghana, the Vice-President, the Chief Justice and to all well-meaning Ghanaians to step in. This intimidation needs to stop”, Mr Ansu Gyeabour said.

“I have sued the police, I need a retraction of what they published, I need them to pull it down. I have sued them for GHS20 million for defamation because my reputation is ruined and they don’t feel any remorse about it. Even after serving them, they are doing nothing about it; it’s like they don’t care, they are doing the bidding of [the big businessman]”