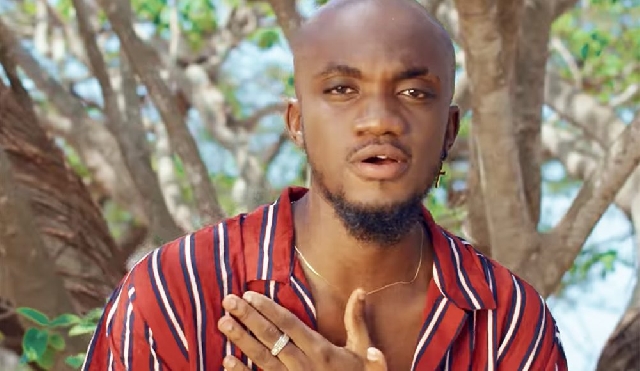 Ghanaian singer Mr Drew has urged event promoters to be more zealous and also reach out to foreign communities when they advertise events organised for Ghanaian music acts.

The ‘Mood’ hitmaker just returned to Ghana from Europe where he stopped in Italy to headline the ‘Alpha Summer Rave’ in Sassuolo, Moderna.

“Italy was good, it was fun. The crowd there was amazing. I had fun performing to the people there,” he said about the experience before outlining some things event promoters should work to improve on.

“I’d say that more of the promotions should be done, not just in the Ghanaian communities but try and push the promotions to the other communities as well, like, even the White people there,” the Highly Spiritual flagship artiste said.

“I’ve seen shows, while I was out of the country [Ghana], let’s say, it’s a Nigerian show or another nation’s show but then they are out there sharing artworks to people, like, I want you to come to this show,” he cited.

Reportedly 26 years of age, he holds that event promotions should involve zealous physical invitations going beyond people in the Black community and WhatsApp alerts.

“So I feel like it shouldn’t be on just WhatsApp or in a community, like, a Ghanaian community. They should try and reach out to other people too so that at the end of the day, when we come to perform, we’d be selling our music not just to the Ghanaian community but to others outside of it, so that we can have the Whites as well jamming to our songs,” Mr Drew urged before noting the eyes of Highlife/Afrobeats artistes are set on world domination.

“That’s the aim, that we wanna take over, not just the Ghanaian community but the whole world as well.”

Another area that needs much attention in event promotion, according to singer and dancer born Andrew Nii Commey Otoo, is the robust harnessing of social media.

“Let the bloggers make noise about it even in Ghana, so that the people in the international and diaspora communities who follow bloggers in Ghana, will take notice and get excited about coming to the event,” he continued.

The dancer and choreographer also shared event promoters should do more paid advertisement with bloggers.

“I know some people would pay bloggers, even here in Ghana, to post [their flyers]. I feel like they should be doing that more,” he said.

He agreed with interviewer Zionfelix that the promoters who worked on his show in Italy did a yeoman’s job in that regard but “I think it should be done more so that someone looking on from afar would say, this is crazy and I need to be there.”

Before fame, Mr Drew was adjuged the first runner-up at the music talent competition called MTN Hitmaker 6 in 2017.