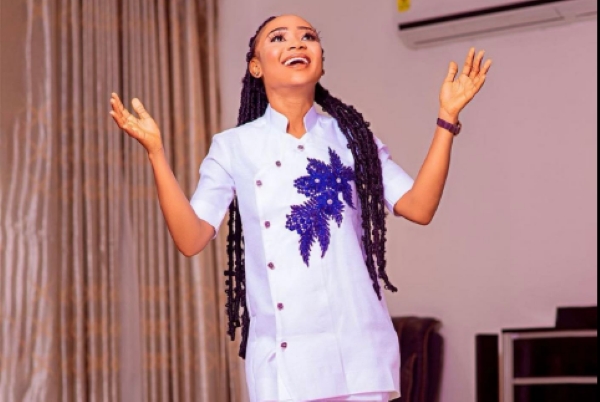 The Court of Appeal has reversed the 90-day jail term of socialite Akuapem Poloo and replaced it with a fine of GHS12,000; that is 1,000 penalty units.

On Tuesday, 7 December 2021, the actress, through her lawyers, filed a notice of appeal at the Court of Appeal challenging the dismissal of her appeal by the High Court with regard to her 90-day jail term for posting a nude picture of herself and her son on social media.

The Accra high court on Wednesday, 1 December 2021, ordered Akuapem Poloo to go back and complete her 90-day jail term at the Nsawam Medium Security Prison.

The high court dismissed the socialite’s appeal to overturn the 90-day jail term handed to her by an Accra Circuit Court in April 2021 for the publication of a nude picture with her son.

Presiding judge Justice Ruby Aryeetey upheld the sentence by the circuit court, noting that it is excessive and, therefore, would not be interfered with.

The socialite posted the picture with her son on Instagram in June last year on the occasion of his seventh birthday.

She pleaded guilty to all three charges levelled against her.

The ‘Sexy Poloo’ singer was slapped with three charges of “publication of obscene materials, engaging in domestic violence, conduct that in any way undermines another person’s privacy or integrity and engaging in domestic violence namely conduct that in any way detracts or is likely to detract from another person’s dignity and worth as a human being”.

She was sentenced to 90 days on each count but the court said the sentence must run concurrently.

The notice said: “Please take note that the convict/appellant/appellant herein, being aggrieved by the judgement of the High Court Criminal Division (1)Accra, Her Ladyship Ruby Aryeetey dated 1 December 2021 dismissing the appellant appeal against the conviction and sentenced to 90 days imprisonment imposed on the appellant on each count to run concurrently by Her Honour Mrs Christiana Cann dated April 16, 2021, hereby appeals to the court of appeal on the grounds set out below and for the release stated hereunder”.

The lawyers also applied for bail for the actress pending the determination of the case.