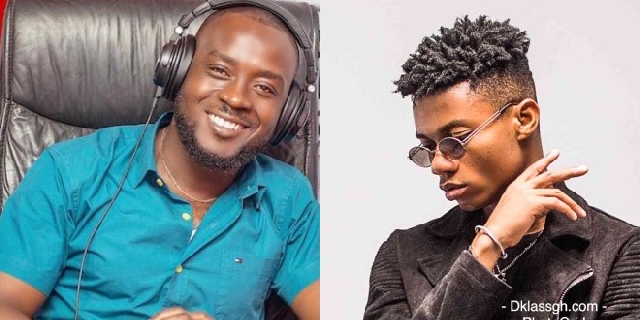 Ghanaian hip-life legend Reggie Rockstone has advised Accra100.5FM’s mid-morning show host, Nana Romeo, to smoke the peace pipe with musician KiDi and his management and schedule a new date for a fresh interview as it will attract a bigger audience.

“In a situation like this, these two men would have to meet again and sort it out and then show maturity and come back to do this interview… This interview will attract a bigger audience because it has gained a level that people will love to clap for. That's what they need to do,” the hip-life grandpapa told Nana Kwesi Asare on The Big Show on Saturday, 16 May 2020 on Class 91.3FM.

According to Reggie Rockstone, Nana Romeo’s show Ayekoo Ayekoo has gained a lot of attention due to his calling out of KiDi for showing up 30 minutes late for a scheduled interview – which he (Nana Romeo) called off on live radio once the musician arrived in the studio.

In his view, therefore, the two gentlemen must redo the interview.

“There’s a lot of attraction and attention that has come to the show now, so, if the two don't mind and call for the interview again, they can talk, so, the audience can hear but very diplomatic and politely… If it was in the pub, it wouldn't be a problem but because it was on the radio [it was a big deal] … They are grown men, it's not any difficult issue and if listeners are listening to me, those who champion other people’s issues are the ones who separate people…I remember when I joined VIP and it became VVIP, they championed the issue in a negative way and I nearly had a problem with Promzy, a former member of the VIP music group,” Reggie said.

On Thursday, 14 May 2020, Nana Romeo, host of 'Ayekoo Ayekoo', the mid-morning show on Accra100.5FM, refused to interview KiDi for reporting late for the show.

The scheduled interview was to have started at 11 am, according to the producers of the show.

However, KiDi reported to the studio at exactly 11:25 am, a situation that got Nana Romeo infuriated.

The host then said to KiDi: “I feel embarrassed because this is the second time you are doing this.”

“We always announce the time to the public but you don’t show up at the agreed time. That is not the case with other stations when you visit them.”

“I was planning for a beautiful interview but this can't happen.”

KiDi apologised for his action, saying: “I apologise for this, I don’t mean to disrespect anybody. I don’t like the way I have been spoken to this morning but I apologise.”