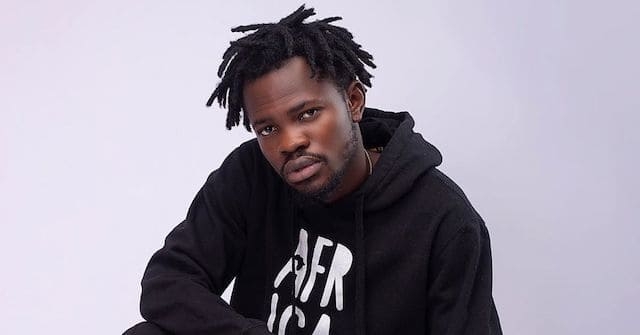 Ghanaian rapper and musician Peter Famiyeh Bozah, known by the stage name Fameye, who is currently in Holland on holidays, says he is on his way back home to commiserate with the people of Appiatse, a town between Bogoso and Bawdie in the Western Region, over a huge explosion that killed, at least, 17 people and severely injured 59 others.

Fameye, who hails from Bogoso, said he is familiar with Appiatse and has many friends in that enclave.

According to the ‘Susuka’ hitmaker, he received the tragic news with shock.

Speaking on Ayekoo Ayekoo on Accra100.5Fm on Friday, 21 January 2022, Fameye said he would do his part to assist while calling on the government to also help the affected persons in Appiatse.

Fameye told Nana Romeo: “I’m coming to Ghana because I’ve received many calls from the youth in the affected area. The youth installed me as a chief and I need to be there for them.”

Asked what he would do to help, Fameye said he is still in the planning stage but noted that “musically, I will do my bit, so, the government can see and also do its part to help the community. They [government] must give the affected residents the assistance they need and I know the neighbouring towns will also come to their aide.”

Fameye noted that he never witnessed such an explosion during his stay at Bogoso.

He called on the authorities to learn from this tragedy and put in place the necessary measures to curb any future occurrence.

He was also grateful that no one he knew personally, was affected or died from the disaster, except his boss whose roofing was blown away.

Seventeen people have been confirmed dead in the huge explosion.

Meanwhile, the Ministry of Lands and Natural Resources has launched investigations into the circumstances that led to the explosion of the explosives that were being transported to a mine in the area.

“The investigation will, among others, help the government to determine whether the regulations covering transportation of explosives were complied with and also what led to the unfortunate tragedy,” a statement issued by the Ministry of Lands and Natural Resources on Thursday, 20 January 2022 said.

The ministry launched the investigations through the Inspectorate Division of the Minerals Commission.

The ministry added that the government is determined to assist a “return to a situation of normalcy for the residents” as quickly as practicable.

The explosion occurred when a truck conveying the explosives collided with a motorcycle and a third vehicle close to an electronic transformer.