Being a born-again Christian difficult – Moesha speaks after attempting suicide 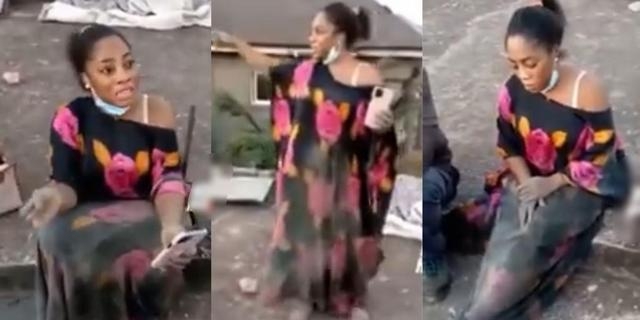 Actress and socialite Moesha Boduong has narrated how she planned to commit suicide because of the challenges she was facing after being born again.

She wanted to jump from the top of a building but was rescued by a group of people.

She explained that she wanted to commit suicide because being born again has not been as easy as she expected.

"When you give your life to Christ, it is not as easy as you think", she said in a video.

"I thought that once you give your life to Christ, that means you’re born again and all you have to do is to read your Bible every day. That is not it", she told a small audience as she sat in dust preaching to them.

She said it is "because of the sin we've done in the past and the people that we've been with", adding: "The world has a different spirit".

"The world has different things".

"The world is not what we think it is", she indicated.

She noted that growing up, she was really working hard to fend for herself and her family.

The curvaceous actress, who now prefers to be known as Maurecia, noted that she was attending so many auditions for acting slots but “the economy was hard”.

In order to make ends meet, she recounted how she was introduced to going after older men in exchange for money and other favours.

Gradually, she also recruited others, she confessed.