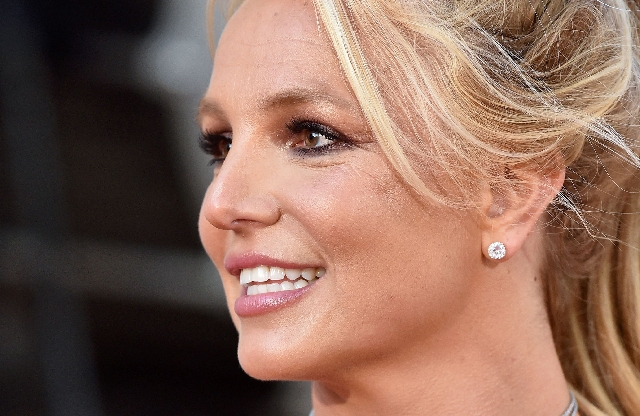 Britney Spears has told a US court she wants to charge her father Jamie for his alleged "conservatorship abuse".

"I'm here to press charges. I'm angry and I will go there," the singer said over a lawyer's phone on Wednesday.

Her emotional statement came as a Los Angeles judge ruled Spears can choose her own lawyer in her fight to end the controversial legal arrangement.

A conservatorship is granted by a court for individuals who are unable to make their own decisions.

Conservatorship abuse can involve financially exploiting or imposing excessive personal restrictions on someone in your care.

If a court rules that abuse has taken place, the appointed conservator could be removed/suspended and may face financial penalties such as reimbursement payments and legal costs.

Following the ruling, the singer posted an Instagram video of herself doing cartwheels in celebration with a caption thanking her fans and adding "#FreeBritney".

It is the first time she has used the hashtag, which has been used by her supporters to campaign against the conservatorship she has been subject to since 2008.

This week's hearing saw Spears address a court for the second time in less than a month.

In court last month, she made a dramatic plea to demanded that her father be removed from the legal agreement that has controlled her affairs for years.

"You're allowing my dad to ruin my life," she reiterated on Wednesday. "I have to get rid of my dad and charge him with conservatorship abuse."

The conservatorship was put in place in 2008, when concerns over Spears' mental health prompted her father to petition the court for legal authority over his daughter's life.

Spears' supporters rallied outside the court, and also gathered on the other side of the country in central Washington DC as the hearing was being held.

Last month a judge denied the pop star's request to remove her father from his role overseeing her conservatorship. Judge Brenda Penny said she could not make a ruling until the singer files a formal petition to terminate the arrangement.

He will replace Samuel Ingham, the court-appointed lawyer who had been representing Spears since 2008 before stepping down last week.

During the hearing, Mr Ingham interrupted the court to say Spears was texting him. The singer wanted to address the court again, he said.

Mr Rosengart, the high-powered Hollywood lawyer who has previously represented Steven Spielberg and Sean Penn, was also in court.

A tearful Spears told the court that under the conservatorship, her hair vitamins and coffee had been confiscated.

"Ma'am, that's not abuse, that's just [expletive] cruelty," she told Judge Penny. "Excuse my language, but it's the truth."

The singer said her top priority was removing her father from his role in the legal arrangement that governs her personal and financial affairs.

She said she did not wish to submit to a "stupid" medical assessment and would be "happy" for co-conservator Jodi Montgomery to remain.

Spears continued: "I just want you to understand how much of my time they have taken by forcing me to do these psyche tests and nothing comes of it."

She said she has "extreme abandonment issues" because of her father.

The singer also told the court she was "extremely scared of my dad", who is a recovering alcoholic, and feared he was always going to "show up drunk somewhere and embarrass me".

Jamie Spears is currently the sole person in charge of his daughter' $60m (£43m) estate.

But his lawyers have previously denied he was responsible for the restrictions apparently placed on his daughter's private life.

The singer, a mother of two, said at last month's hearing that she wanted to marry her boyfriend and have another baby, but the conservatorship would not allow her to do so.

She claimed she was prevented from having a contraceptive intrauterine device (IUD) removed, to make sure that she didn't get pregnant.

While her father has overseen her estate for 13 years, his legal team say he has not been in charge of her personal affairs since September 2019, when he stepped down from that role due to ill health.

He was replaced on a temporary basis by Ms Montgomery, the co-conservator and care-giver of the singer.

His lawyers have requested an inquiry to establish the accuracy of his daughter's testimony.

The lawyers said the father was "concerned " about his daughter's well-being.