Delay reacts to KiDi calling her illiterate in 2012 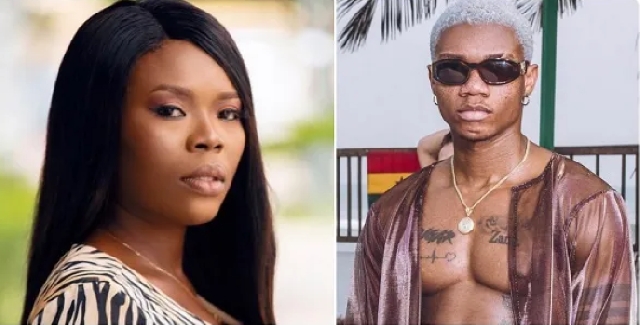 On Wednesday, 28 September, 2022, the ‘Touch It’ hitmaker was trending at number one on Twitter for his old tweets in which he denigrated various public figures.

One of the public figures was Deloris Frimpong Manso alias Delay.

In the 2012 tweet, KiDi wrote: “I think Delay is an illiterate shrugs.”

Reacting to this, the Delay TV show host cited a screenshot of the controversial tweet, together with a 28 September, 2022, picture KiDi had freshly tweeted of a man who appeared to be regretful with hands on head, and quote-tweeted with these words: “Illiteracy is not a crime.”

“I guess the end justifies the means after all,” Delay added before noting: “I made it in life so that’s what matters.”

In conclusion and perhaps to signal there is no bad blood between her and KiDi, she adverted a 2018 interview with the Lynx Entertainment star artiste, saying, “Click on the link below to watch my interview with KiDi.” 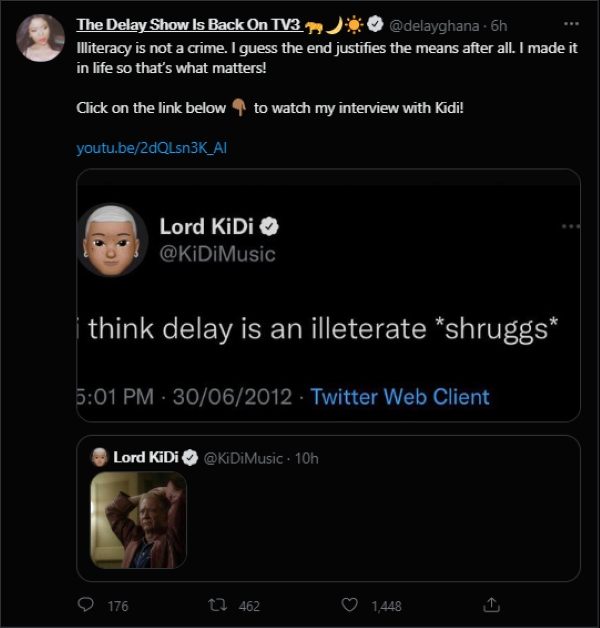