Dentaa reveals how she got Grammy CEO to visit Ghana 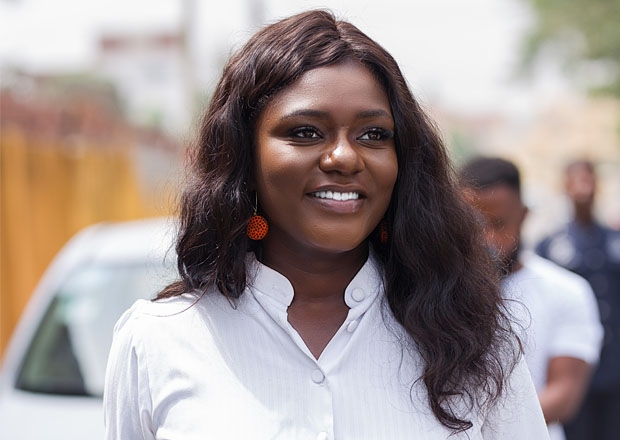 Speaking to Ghanaian vlogger Zionfelix, she narrated how it all started due to a networking opportunity when she joined the 2021 Grammy audience in Las Vegas, USA, which event, according to her “was an eye-opener.”

“I didn’t even get to meet him [Mr Mason Jr] when I went to Las Vegas last year to the Grammy Awards, but I met his people, and so I connected.”

Making the acquaintance of the Grammy team, Dentaa said, “while we were doing our nominations [for the GUBA Awards 2022], we thought, why don’t we recognise him, for the work that he’s doing at the Grammy Awards and the fact that a Black person is behind that? That was really important for us.”

Another significant thing to her team was “also connecting him back to the diaspora, to us, to Africa.”

She expatiated by adding, “When we sent that email and they accepted, it was like, okay, we need to try and get you to Ghana before you go to Rwanda.”

“And he accepted again and I think that there’s a great opportunity for us here in Ghana,” she added before highlighting Ghana is the second Sub-Saharan African country the Grammy CEO, Harvey Mason Jr, has ever visited, the first being South Africa.

The award-winning businesswoman who is also an actor and singer said there is an end game.

“I wanted to give the opportunity to our creative industry, because I see the work that they are doing, and I want to also learn how we can get a Grammy award. You know, how can we get to that level? We see all of these other artistes winning awards, how do we get our own there?” she said.

“And the fact that they are looking to doing stuff in Africa, I wanted to make sure that we put our foot in first and so that’s why we’re here,” she further explained.

Ms Amoateng made these statements at a dinner event organised for the Ghanaian entertainment industry players to engage with the Grammy Chief Executive.

Meanwhile, on his first visit to West Africa, Ghana specifically, Mr Mason Jr, who Dentaa has described as “so humble, so nice, and willing to do something on the [African] continent,” has revealed plans and ongoing processes with the American Recording Academy to introduce an Afrobeats category to the Grammys.