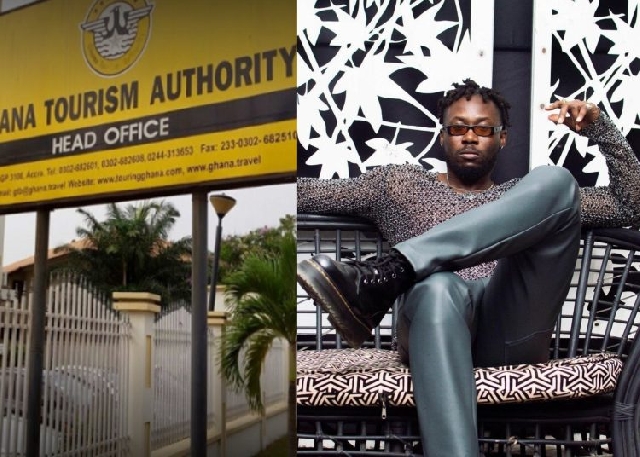 The Ghana Tourism Authority (GTA) has responded to claims by Ghanaian musician Kirani Ayat that his copyright was infringed when excerpts of his ‘Guda’ music video were used by the authority in a tourism advertisement shared yesterday on the social media accounts of President Akufo-Addo.

In a statement released today, Wednesday, 28 September 2022, the GTA said, as a matter of fact, they have circulated the said video since three years ago.

“For the record, the footage in question was acquired legitimately from a bespoke creative agency as part of a project in 2019.”

The Authority also clarified the video montage was not done by them but “was acquired legitimately from a bespoke creative agency as part of a project in 2019.”

Without naming the creative agency, the GTA added: “This video has thus been played severally locally and internationally without any issue. The content was used in accordance with the terms agreed with the agency and not as being alleged.”

The Ghana Tourism Authority also indicated “since the Authority became aware of the tweet from @KiraniAYAT, we have reached out to the Agency to deal with the matter.”

The GTA again highlighted it “has been very supportive of the Arts and has created platforms for engagement and performances for our artistEs, and we will continue to do so in our quest to make Ghana the preferred tourism destination.”

Read the entire statement below: 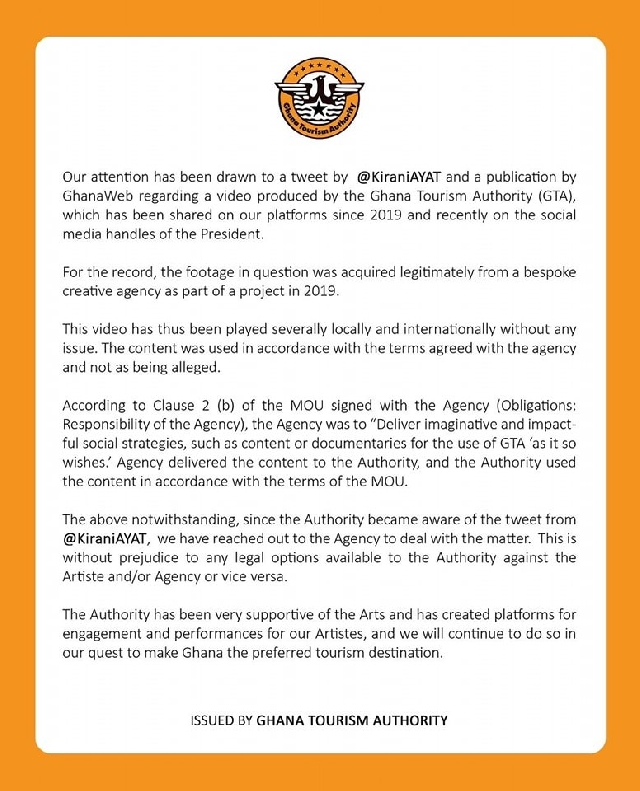