GTA vs Ayat: Fuse ODG says his work was also used in the president’s video without his consent 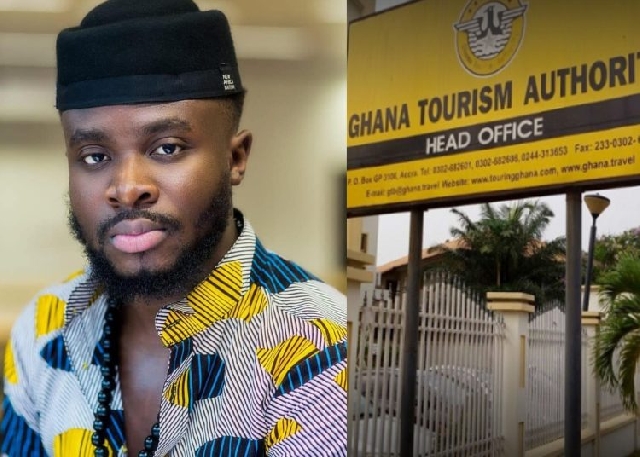 UK-based Ghanaian singer, Fuse ODG, has released a statement to express his displeasure about the use of parts of his music video titled, New African Girl, by the Ghana Tourism Authority (GTA) in its controversial ‘Visit Ghana’ video.

His statement comes after Ghanaian musician, Kirani Ayat accused the president of Ghana of using portions of his music video in an advertising campaign without his knowledge.

In the video, which captures beautiful scenes of the country with a voice-over by the president, some portions of Kirani Ayat’s music video for his song “Guda” as well as Fuse ODG’s ‘New African Girl’ can be seen.

Both Kirani Ayat and Fuse ODG have released separate statements to announce that they were not informed about the use of their works in the video, which was tweeted by the official Twitter handle of the President of Ghana.

According to the record label of Fuse ODG, New African Nation, the issue brings to the fore a lack of respect and understanding of intellectual property.

Read the full statement by the record label of Fuse ODG, New African:

As a Company, we feel that the last few days have exposed an issue in Ghana that goes beyond the Office of the President, Ghana : The lack of respect and understanding of intellectual property.

We have sanctioned works in the past for Government use, most notably, our 2018 record, “Bra Fie” featuring Damian Marley, which was used as the theme song for the ‘Year of Return; which we launched via our TINA Festival alongside the President of Ghana.

However, no such process was observed in relation to the recent video in question regarding our record “New African Girl”.

We sympathise with Kirani Ayat. As creative persons, we sacrifice a lot to be able to put together a song, let alone a whole video with high quality production value.

As a Company, we have stayed true to our own mission – investing hundreds of thousands of dollars to promote Ghana over the years, which we will continue to do.

Clearly, mistakes have been made by the Government in this situation, but hopefully they can take corrective action to compensate accordingly.

Going forward, the solution must be to invest in more education around intellectual property.

This is something the Ministry of Tourism, Arts & Culture can do both internally and for the creative sector as a whole. Ghana has always been an influential voice in music globally, and a lot more can be done to support artists from an early stage.

In the meantime, our legal team is in discussion with the Ministry and their legal team in order to resolve this issue.