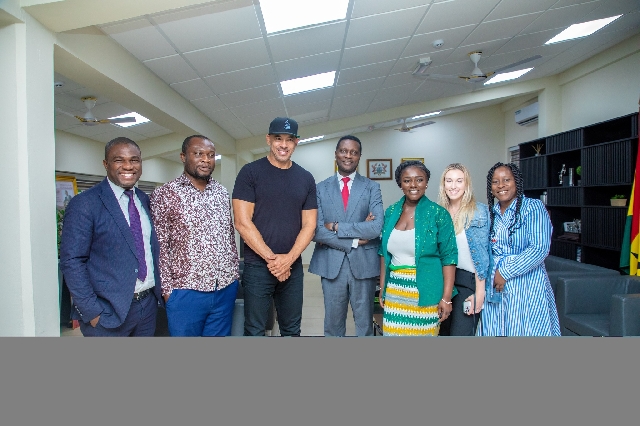 The Chief Executive Officer of Grammy Awards, Harvey Mason Jnr, on Monday, September 26, 2022, met with the Minister of Education, Dr Yaw Osei Adutuwm in his office.

Mr Harvey paid a courtesy call on the Minster as part of his visit to the country.

He took particular interest in the Creative Arts Senior High School under construction at Kwadaso and pledged to support it to become a top-notch institution in Africa and the rest of the world.

From Ghana, Harvey Mason Jnr will travel to Rwanda to attend the 13th edition of the Grow, Unite, Build Africa (GUBA) Awards slated for September 29, 2022, at the Kigali Convention Centre where he has been nominated to pick a global award.

The Minister in his remarks praised the CEO for his visit to Ghana and his desire to support the development of the Creative Arts industry in the country.

"I assured him of our preparedness to collaborate with him and other partners to get the best support for the nation," he stated.

Harvey Jay Mason Jr. is an American record producer, songwriter, movie producer, and CEO of The Recording Academy in the United States.