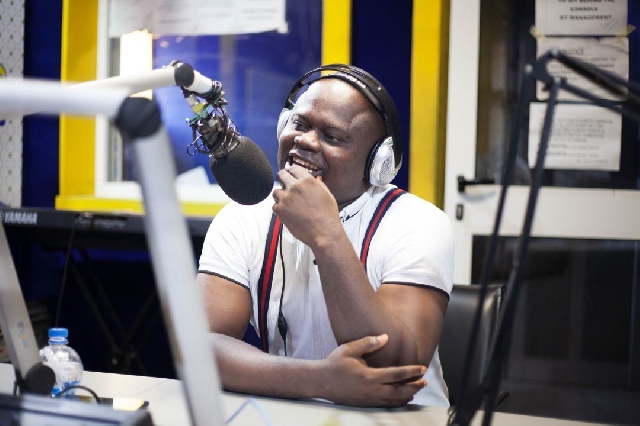 Gospel artiste Cwesi Oteng has said that at the beginning of his career, he was advised to change his music style else he would go hungry.

The hit-making singer disclosed this in an interview with OB Nartey on No.1 FM’s mid-morning show.

According to him, his music journey started at the Lighthouse Chapel International at Community 8, Tema.

He noted how when he began his solo music career, “traditional [gospel] music was what was in the lead”.

“I remember going to the recording studio and hearing people in there saying their target audience are those in the Makola Market. So, as it were, Makola was the target group of the Gospel community for a long time.”

He further noted: “The Makola Market has music distribution shops, so, people would go and take these tapes in bulk and go sell them off”.

“So, if your song deviated from the traditional sounds which were in vogue, you’d be found wanting and the elders will call and sit you down to tell you this is not the path to money”, he said.

“I was told by the elders to stop my style of gospel music, else I would go hungry. They told me to sing and create in the traditional or accepted style.”

Explaining why he did not heed to the advice, he said: “The reason I didn’t stop was because I didn’t know how to do the music they were asking me to create. I was simply being true to my talent and abilities. Not only that: God was also preparing the gospel fraternity for the future”.

“Now, when you look at the new crop of gospel musicians, they are a global army from Ghana.

“Our music is not only liked by Ghanaians; we have contemporary gospel musicians, who are invited to perform to foreign audiences including Whites. From the onset, we saw this as the dream, the [untapped] capacity of the country.”