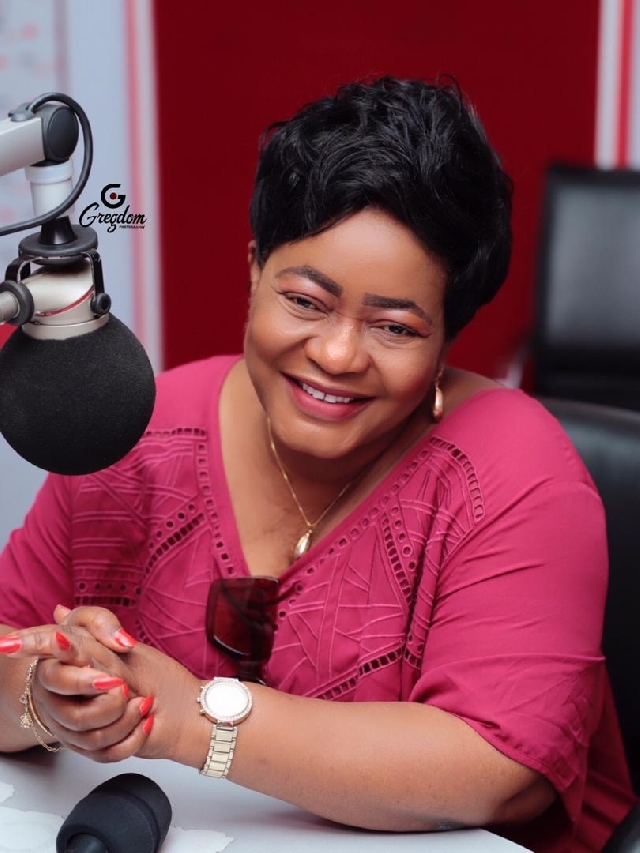 Ghanaian actress Christiana Awuni has revealed that even though she professes the Christian faith, it is a waste of time going to church.

She explained to Nana Romeo on Accra100.5FM’s mid-morning show Ayekoo Ayekoo on Thursday, 30 July 2020, that so long as she prays to God and He listens just as He listens to a pastor, who is a fellow human being, she will not waste her time going to church.

“I’m a Christian. I’ve taken Jesus Christ as my Lord and personal Saviour. I pray but I don't go to church. I decided not to go. I have been to a lot of churches,” she said.

“To me, there is no need going to church because I know that if I go on my knees and pray, God will listen and He listens. In my view, the pastor is a human being like me. The same way God uses him, He can also use me, so, why should I waste my time in church,” she added.

She also noted the “many controversies surrounding pastors” reinforce her decision not to go to church.

Christiana Awuni is widely known across the country for her sterling acting in Kumawood movies.

She was recently in the news for allegedly having had a hand in her colleague actor Bernard Nyarko’s death.

However, the M’asakyera actress debunked claims that she poisoned the late actor, leading to his death amidst other allegations levelled against her by the deceased’s mother.

The actor reportedly died after a short illness.

Christiana Awuni noted that when she went for the late Bernard Nyarko’s funeral, she swore that she knew nothing about his death and that if she did, she should be punished by God.

“Kwame Nyarko, if I have a hand in your death, let me have no peace on earth,” she said at the funeral, adding that she is in no position to destroy what God created.