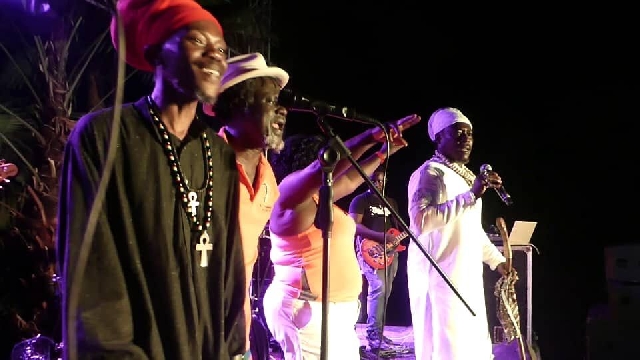 Judahland Empire has staged a tribute concert in honour of the legendary reggae musician Bob Marley to mark 41 years of his death.

Hundreds of reggae lovers and Rastafarians were at the concert to honour the legend.

The artistes who performed at the concert include Jah Wizdom, Bobo Ranking, Wan Row, Asa Banks, Ras Bomba, Queen Itheopia, among others.

The founder of the Judaland Empire, Jah Wizdom, speaking at the event at Judahland Gardens in Kumasi Appiadu on Wednesday, 11 May 2022, said: “The youth shouldn’t give up on carrying their dreadlock”, adding: “I have been through it and I must say it’s not easy till I got to where I am now”.

“They should live a righteous life”, he urged.

“Some of the youth have shaved sides of their dreadlocks; they do not understand the rules and regulations governing carrying dreadlock”, Jah Wizdom noted, regretting: “Some are into drugs like tramadol etc. Those guys are not Rastafarians”.

“The real Rastafarians are those living in righteousness, protecting creatures including humans. They don’t support cutting down trees, they take good care of animals and protect water bodies”, he noted.

“So, basically, they are doing what God would’ve done if He [God] is living with us and making sure there’s love amongst us. So, the youths shouldn’t give up because of police and live a righteous life,” he added.

In 1977, Bob Marley was diagnosed with acral lentiginous melanoma and died as a result of the illness in 1981.

He is one of the most celebrated and recognised artistes in the music history, with many hit songs including No Woman No Cry, One Love, and Redemption Song.