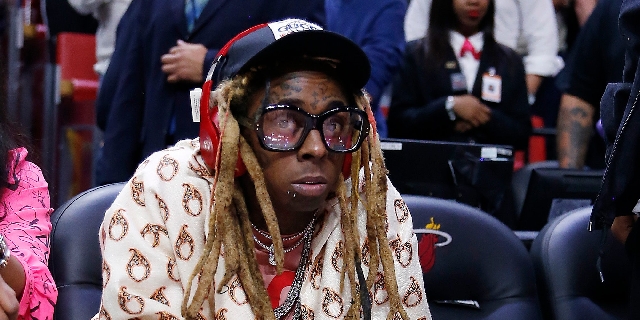 The rapper Lil Wayne (AKA Dwayne Michael Carter Jr) has been charged with weapons possession and faces up to 10 years in prison if convicted.

Carter’s lawyer, Howard Srebnick, told Vulture that the charge pertained to a search of the star’s private jet in Miami in 2019. This revealed a gold-plated handgun in his luggage, which Carter said was a Father’s Day gift.

Carter, who previously spent eight months at Rikers Island jail on a weapons charge, is prohibited from possessing a firearm.

Miami-Dade police and FBI agents entered Carter’s plane on 23 December 2019 at Miami-Opa Locka executive airport and found it to be “readily apparent” that Carter was “under the influence of illicit narcotics based on his delayed speech and partially closed eyes,” according to a search warrant seen by the Miami Herald.

Vulture reports that Carter is not in custody and has not been arrested. He is summoned to appear in court on 11 December.

Carter recently met with Donald Trump and said they discussed the president’s “platinum plan” aimed at empowering Black Americans, which Carter said would “give the community real ownership”. Carter’s Trump endorsement prompted his girlfriend, model Denise Bidot, to break up with him.