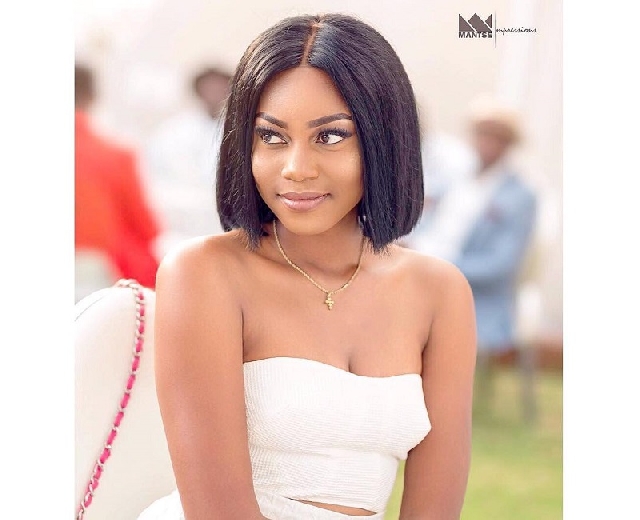 This comment follows a tweet from a Twitter user @Antaru4real who inferred that the YN Productions boss is to blame for Ghanaians’ “suffering” under the Akufo-Addo-led government.

The Twitter user also sought to suggest that Yvonne Nelson canvassed for votes for President Akufo-Addo through her #DumsorMustStop vigil in 2015.

He tweeted:“@yvonnenelsongh is part of the reason why we suffering as citizens. She fought for Akufo-Addo to be voted and now look at us suffering. As for Sarkodie judgement day we will question him for running from the truth and lying to the public”.

In response, the “Fix Us” actress indicated that former President Mahama fixed Dumsor.

She tweeted: “I understand you are dumb... let someone clever explain to you my dumsor campaign was for Ghanaians to get their lights back on, which President Mahama fixed and nothing else”. 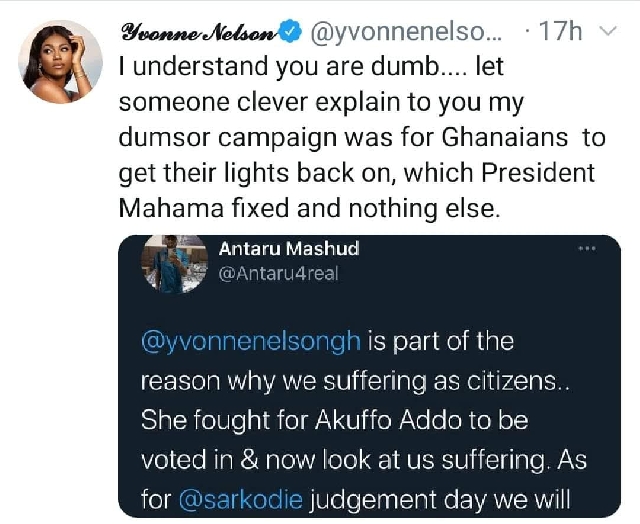 Yvonne Nelson, aside from her movies, is well-known for her outspoken posture on the ills in society and awakening Ghanaian citizens to demand accountability from politicians.

In 2015, Yvonne Nelson led the #DumsorMustStop vigil to demand an end to the frequent power-cuts.

Celebrities such as Efya, Sarkodie, Lydia Forson, DKB, Sydney, and Van Vicker joined several Ghanaians on the streets of Accra in the vigil.