Plea for leftovers: Stop crucifying T.T.; no one controls the future – Yvonne Nelson 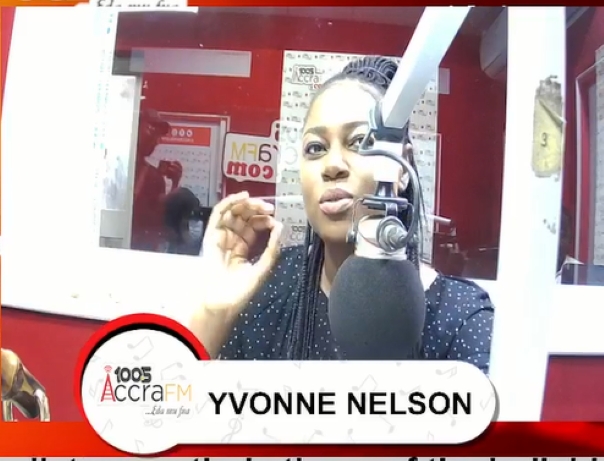 T.T., known famously for the lead role he played in popular TV series ‘Taxi Driver’, has been the toast of media discussions lately following the leakage of a recorded phone conversation with journalist MzGee, in which he is heard asking for “leftovers” and complaining about his benefactors having abandoned him because Vice-President Mahamudu Bawumia gifted him GHS50,000 for his welfare.

A section of the population has taken T.T. on with some describing him as ungrateful because despite the many donations and help that have come his way, he continuous to beg for more help.

Reacting to T.T.’s recent cries for help, Yvonne Nelson said on Ayekoo Ayekoo on Accra100.5FM on Thursday, 20 January 2021, that what the veteran actor is going through can happen to anyone, therefore, Ghanaians must be soft on him.

She told show host Nana Romeo: “I feel sorry and I’ll be praying for him and it has already happened and how we are going to address it [is important]. People have to be very careful when addressing people who have issues with their health…”

“you can have a lot of money, you can have $100,000 in your account but you can be sick and spend all the $100,000 on your health and it doesn’t mean you are broke or anything, you actually need people to help you,” she explained.

Empathising with T.T., the multiple award-winning actress said: “What if he had money and he spent all of the money on his heath? It can happen to any of us, we don’t know what the future holds, so maybe he may have done a few things here and there that people are questioning but this is someone who needs help, so if you know you won’t give it to him, he’s an elderly man, give him some respect”.

According to Ms Nelson, the future is uncertain, therefore, Ghanaians should be less critical of T.T.

“I don’t know what the future holds for me I don’t know what’s going to happen in the future and I can’t even judge anyone,” she said, adding: “You can have a million dollars and use everything on surgery or dialysis and all that, so let’s not be harsh, let’s have a heart and know how we address some of these things because it may happen to you, your family member or mother, it can happen to anyone close to you that you love.”