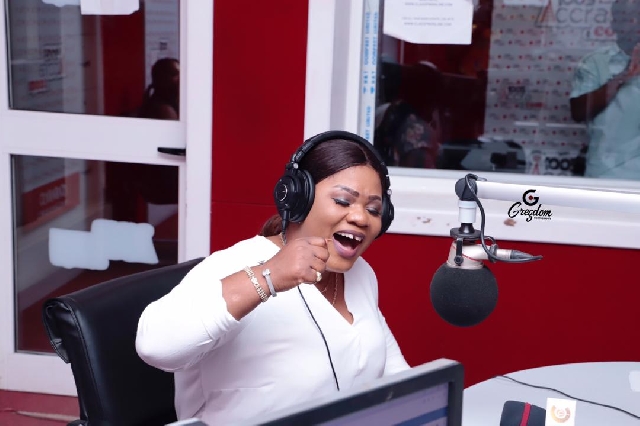 Ghanaian gospel musician, Obaapa Christy has called on Ghanaians to stop stigmatising victims and persons suspected of carrying COVID-19 in the midst of the outbreak of the disease in the country.

Ghana has so far recorded 24 COVID-19 cases and one death.

Government has also put a ban on all public gatherings to prevent further spread of the disease.

Speaking in an interview with Nana Romeo on Accra100.5FM’s Ayeeko Ayeeko on Monday, 23 March 2020, the gospel musician advised Ghanaians to stop stigmatising people.

The 'W'asua me' hitmaker said: “Yesterday, I was listening to Radio and a certain Ghanaian who studies abroad said he visited the hospital to check for COVID-19 since he had just returned from abroad. He went there on his own, a good citizen, he was told that he had the virus but it was not severe so it was treated but can you believe that his sister who sells food is no longer getting customers because people have stopped buying from her due to the stigma? Also, a lady who is a hairdresser and lives in his house, he has not even seen her since he returned to the country but anytime people are going to the lady’s salon, they’re stopped on the way and advised not to go to that salon else they’ll catch the virus.

“It’s time for Ghanaians to be matured about certain things, otherwise even if the person has the virus and he is willing to let people know, he would rather keep it to himself and infect others. When people are in crisis let’s not use it against them.”