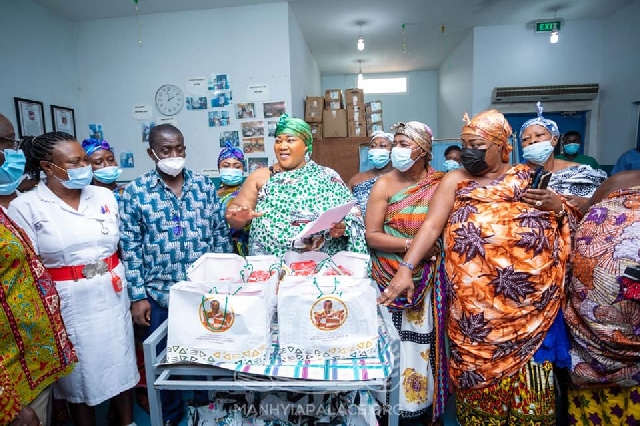 As part of activities to highlight the fifth anniversary celebrations of the Asantehemaa, Nana Konadu Yiadom III, a delegation of Queen Mothers led by Asante Mamponghemaa, Nana Agyakoma Difie III have made presentations to some patients at the Komfo Anokye Teaching Hospital (KATH) and the Manhyia Government Hospital.

On behalf of the Asantehemaa, Nana Agyakoma Difie III, also settled all medical bills of patients at the Mother-Baby Unit, the Paediatric Intensive Care Unit (PIEU) and the Paediatric Emergency Unit(PEU) at KATH. 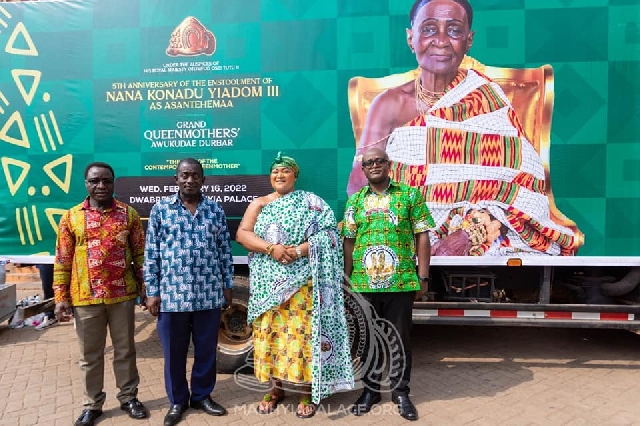 Nana Ama Konadu was enstooled as the Asantehemaa with the stool name Nana Konadu Yiadom III, after succeeding her mother and predecessor Nana Afia Kobi Serwaa Ampem II who died on 15 November 2016 in her sleep, aged 109.

Before her death, she was Asantehemaa (Queen mother) for 39 years.

At the time (2017) that she ascended the stool she was 83 years old. She was outdoored as the new Asantehemaa by Otumfuo Osei Tutu II, the Asantehene on Saturday 6 May 2017, which also marked the Otumfuo's 67th birthday at a ceremony at the Manhyia Palace in Kumasi.