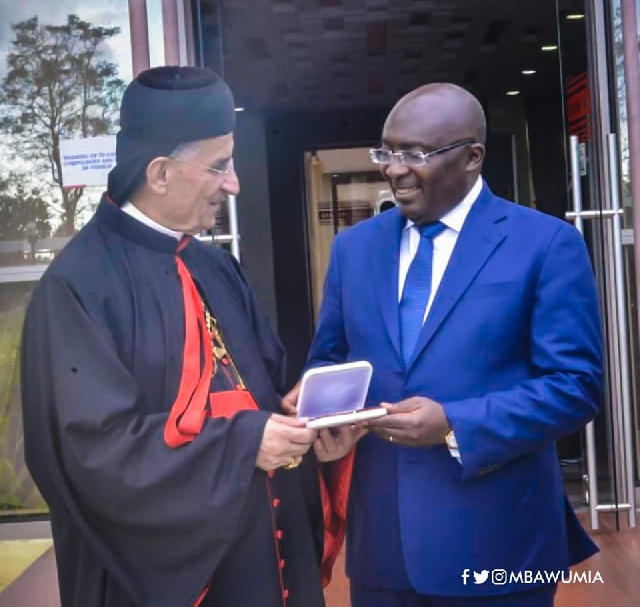 Vice-President Dr Mahamudu Bawumia on Thursday, 10 October 2019, hosted His Beatitude and Eminence, Mar Bechara Boutros Cardinal al-Rahi, Patriarch of Antioch and All the East, at the Jubilee House, Accra.

Archbishops in the Eastern Orthodox Church are addressed with the styles of "Beatitude" or "Eminence".

Mar Bechara Boutros Cardinal al-Rahi was made a Cardinal by Pope Benedict XVI in a consistory in November 2012. As the fourth Maronite Patriarch, he participated as a cardinal elector in the conclave that elected Pope Francis.

Patriarch al-Rahi is in Ghana with a nine-member delegation as part of a religious tour to West Africa, during which he will meet and interact with the Lebanese community and participate in a number of religious programmes across the country to promote peace and tolerance among different religions.

Ghana and Lebanon have had long historic ties and Lebanese have been in Ghana over the last 100 years.

“We have thousands of Ghanaians of Lebanese heritage. I am confident that the visit would further strengthen these ties and promote interfaith peaceful co-existence,” Dr Bawumia stated.