'Our culture must be the bedrock of our education' – Akofa Edjeani 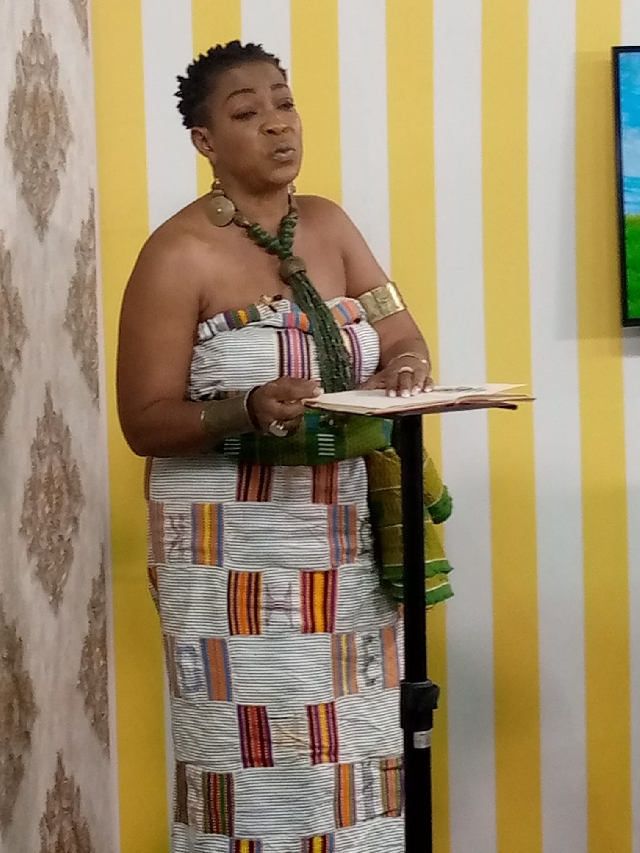 Ghanaian actress, Akofa Edjeani Asiedu, has said Ghana’s culture must be the bedrock of her education system.

The cultural icon has, thus, bemoaned the separation of the two.

She told Esi Arhin on a special edition of Dwabre Mu on CTV on Monday, 21 September 2020, which is Nkrumah Memorial Day, that she feels sad that the country has not stuck to the ideals espoused by Ghana’s first president when the country gained nationhood and independence over 60 years ago.

Education, she observed, helps a country to develop but added that it must be a derivative of a people’s culture rather than separate from it.

The culture of a people, she stressed, must be the bedrock of their education “but education is most often isolated from culture”.

“That is why we are in our current situation as a people”, she noted.

“We seem to have pushed the cultural aspect of education to one side”, she argued, pointing out, however, that “the education comes from your culture because it’s the way of life of a people, so, you, as a people, you have to decide [what works for you] but we’ve separated the two”.

To buttress her point, she quoted Dr Kwame Nkrumah’s famous independence speech: ‘Fellow Ghanaians, at long last, the battle has ended and that Ghana, your beloved country, is free forever. From now on, there is a new African in the world [so you can say a new Ghana if you want]. And that new African is ready to fight his own battle and show that after all, the black man is capable of managing his own affairs. We are going to demonstrate to the world, to the other nations, young as we are, that we are prepared to lay our own foundation. We are going to seriously create our own African personality and identity’.

Today, however, the actress said Ghanaians see culture in terms of percussion instruments and the kente cloth.

She, therefore, mentioned that “until every child will understand that it is the way of life of the people”, certain things will remain the same in Ghana.