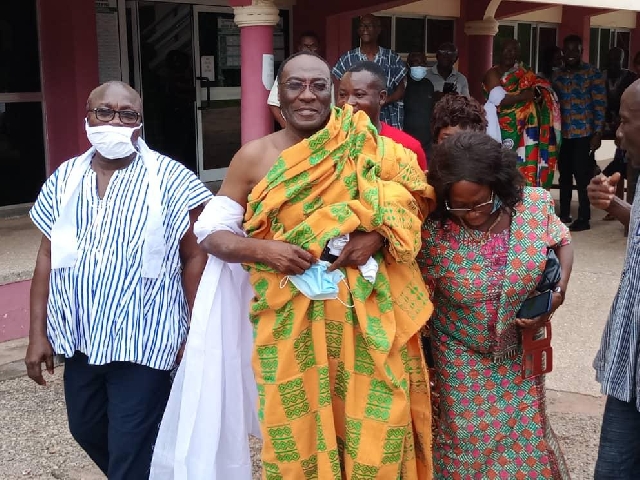 The Paramount Chief of Anfoega Traditional Area within the North Dayi District of the Volta Region, Togbe Tepre Hodo IV has defeated the paramount chief of Anlo State, Togbe Sri III in the just-held 19th election of the Volta Regional House of Chiefs.

Out of a total of 52 votes, Togbe Tepre, who was the Vice-President to the then-Soglo Alloh IV (now part of Oti) polled 34 votes and Togbe Sri got 18 votes.

Speaking to the media after the election held on Thursday, 15 October 2020 at the Volta Regional House of Chiefs in Ho, Togbe Tepre said he will ensure that activities of the House are computerised, among other interventions.

“We are going to make some improvements and changes to the generality of the business of the house.

“So, we are hopeful that as we start a new chapter, we will do what it takes to make the House progress.

“I think computerisation of our records, improvement in staff training and a lot more,” he said.

He also stressed the need for political neutrality to be maintained among chiefs.

“We have always maintained our political neutrality and we think that the decision of the Volta Regional House of Chiefs was to the effect that they will not allow anybody to interfere with the political neutrality of the House and that is what we established today by this elections,” Togbe Tepre Hodo IV noted.