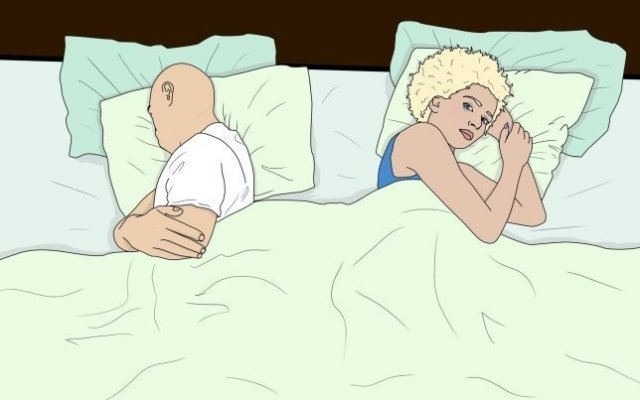 ‘Don’t worry babe! It hurts now, but you’ll feel so much better in the long run – I promise.’ ‘Hun you’ll look back on this part of your life and actually feel incredibly grateful that this happened!’ Above are a couple of examples of the types of advice we are used to receiving from our loved ones during times of heartbreak and extreme pain, due to the breakdown of a relationship.

Above also lies a couple of examples of times in which I secretly wanted to drop kick my loved ones in the throat for being so insensitive.

Could they not see my heart was literally breaking in front of them and that I would never feel the sweet sweet taste of happiness and love again?! I went through my first ever breakup from my first ever relationship at the grand age of 25 and it felt like my entire life had stopped.

As someone who always found dating and being romantically liked by others difficult, I naturally assumed that the relationship I was in was ‘The One’ and that this was it; we had already shacked up, so it was only natural for a long term commitment and a family to be on the cards eventually.

The relationship was amazing – we never encountered arguments, I was treated amazingly throughout and we hardly disagreed on things.

So when he dumped me out of the blue in 2017 without any reason as to why, it took me an incredibly long time to get my head around coming to terms with the loss.

Naturally, I did what most people do in these scenarios: I blamed myself, I blamed how I look, cried constantly, in public and in private, I had multiple panic attacks and I assumed my life would be over.

I told myself I would never find love or be happy in any other aspect of my life again so long as I was alone.

At the time I was still blogging on the side as a hobby alongside working at a law firm and as soon as the breakup happened, several awful things also happened at once. I had to move out of our gorgeous flat and go back home to my parents, I lost my job a month later, my depression reared its ugly head and I ran out of money and was living off of Universal Credit for six months.

I still couldn’t see that the breakup was a blessing within the sea of unfortunate events happening around me because I was so fixated on the relationship being amazing and me being happy, even though I was somewhat unhappy in my career, I was hardly seeing my friends and had stopped working on my personal growth.

I had become comfortable because I was happy and in a relationship, which meant that I stopped working to my fullest potential in other areas of my life.

My entire identity was wrapped up in being in a relationship and as it was my first and I had so much love to give, I have it all to the other person, completely ignoring myself.

As soon as the relationship was secured, everything else in my life took a backseat and retrospectively, it’s quite a difficult thing to have to admit.

It’s pretty common though, I think. It’s so easy to settle and forget other areas of your life when you finally achieve the one thing you’ve always wanted.

You hear about people in new relationships who are sometimes ignoring their friends for months at a time in favour of spending time with their partners.

You hear about people rejecting job offers or slacking at work because their relationships are more important. We become comfortable and settle because we have achieved the one thing that our hearts desired, but the bad thing about that is that it leaves no room for us to grow as people and achieve our goals.

We become part of a couple, leaving no room for personal development, which leads to life becoming somewhat stagnant: a fact you aren’t able to appreciate until you’re out of the situation.

In my case, it has taken me two and a half years to finally understand how stagnant my life had become. After the breakup, I was a broken woman with no partner, no money and no job, but the one thing that kept me sane was attending to my blog.

In the six months of job searching, I continued writing as a form of self-care and kept commissioning photoshoots with my Universal Credit money. I finally found a job in PR who were impressed by my blog and the skills I had gained within it.

From there, I was promoted and this helped dramatically with my self-esteem. I was still trying to work through my depression and heartbreak and used my blog and social media as a way of dealing with the trauma.

Through that, other opportunities arose with my writing and blogging and I continued to work hard. None of this would ever have happened if I were still in that so-called ‘perfect’ relationship.

The fact of the matter is: breakups can be good for us. It can serve as an emotional catharsis, allowing us to finally let out those emotions we’ve been holding in, or let go of that relationship that has been doing us more harm than good. Breakups allow the truth to finally surface, whether it be your own truth, or the truth of others and how they feel about your relationship.