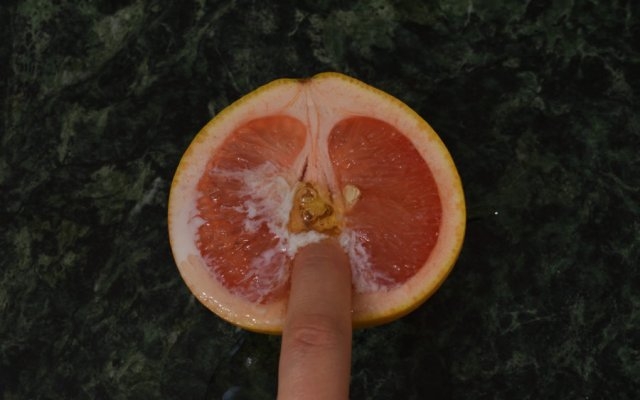 Having sex with someone for the first time isn't without its hurdles: you both have to figure out what turns each other on, and help each other get over those initial nerves and embarrassment. But things can get real weird, real fast, when one partner doesn't understand the basic mechanics of how the other person's body works.

Prompted by the time she overheard a guy brag about "breaking his girlfriend's cervix," a Reddit user recently asked: "What is the worst case of bad female anatomy you've ever heard?" And women responded—in droves.

Let's start with this yikes-worthy tale: "Dude I was messing around with in college tried to use tap water as lube. I noped out pretty hard." (This is a good case for more men experimenting with butt stuff themselves: there's no faster way to learn about proper lubrication.)

A much more frequently cited misunderstanding pertains to the number of holes down there. Plenty of guys are under the impression that women pee through their vaginas, and not the urethra. So... do guys think that women just don't pee while they're on their period, because they have to use tampons? The internal logic here is fascinating.

Another worryingly common misconception is "that a woman’s period happens all at once. You just let a ton of blood loose all in one go and that’s it." This is why boys and girls shouldn't be separated when they're learning about puberty, people! The boys grow up in total ignorance of how menstruation works and somehow end up imagining it to be like the elevator doors from The Shining. Equally ill-informed is the assumption that "you can hold in your period like you hold in pee."

Other accounts were so far-fetched that they could only have been fabricated, like this work of science fiction: "When I was in undergrad, there was this weird dude who always bragged about his sexual encounters (that didn't happen), and one time he claimed that he fingered a girl all the way up to her Fallopian tubes, and she orgasmed from it."