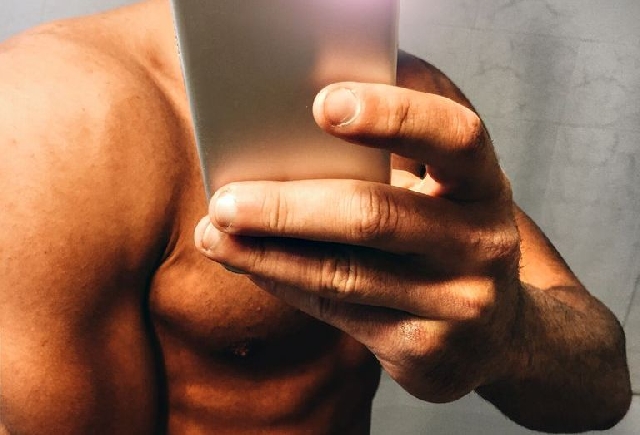 To send, or not to send a dick pic?

This is a question that a lot of men appear to have pondered—and a surprisingly large number of them have opted to hit send. According to the 2016 Singles in America Survey, which included more than 5,500 Americans from across the country, nearly half of the men who participated (47%) admitted to having sent at least one dick pic.

While many of these photos were sent upon request or with the consent of a partner, many were not. In fact, this same survey found that among all women who had been on the receiving end of a dick pic, 49% did not request it.

It’s one thing to send nude photos of yourself to someone who is expecting them, but it’s quite another to send them out of the blue. (In fact, it could also be a crime, depending on how unsafe it makes the receiver feel.)

So who are the guys sending these unsolicited photos anyway? And why are they sending them in the first place?

A new study published in the Journal of Sex Research offers some intriguing insight.

In this study, a team of Canadian researchers surveyed 1,087 men, most of whom were recruited online. Participants ranged in age from 16-92, and all of them reported having sex exclusively with women. They were roughly evenly divided between those who have previously sent an unsolicited photo of their penis, and those who have not (48% vs. 52%, respectively).

Those who had sent such photos differed in terms of their demographic backgrounds, personalities, and attitudes toward women.

First, and perhaps not surprisingly, men who had sent unsolicited dick pics tended to be younger. They were less likely to be married and more likely to be in casual relationships.

Second, the photo senders tended to be more narcissistic. In other words, they tended to have an inflated sense of self-worth and an excessive need to be admired by others.

So why did these guys say they sent unsolicited dick pics anyway? What were they hoping to get out of it?

The most commonly reported motivation was that they were hoping to receive a photo in return (44% reported this), followed by finding a sexual or romantic partner (33% reported this). In other words, most senders seemed to hope that the recipient would be turned on and willing to reciprocate, or perhaps to go on a date.

Fewer (18%) reported sending dick pics for personal gratification. This included getting a sexual thrill out of sending such photos, wanting to receive positive feedback about one’s penis, as well as masochistic motivations, like wanting to be humiliated or receive insults about their penis.

About 1 in 10 guys said they sent these photos as a way of exerting power and control over someone, such as wanting to make the recipient angry after having a disagreement. Similarly, 6% reported misogynistic motivations, such as a general dislike for women.

Lastly, another 6% reported sending dick pics for reasons revolving around an unresolved childhood conflict, such as being shamed by one’s parents about nudity at a young age and sending dick pics as a way of compensating for that. This suggests that there may be Freudian factors behind this behaviour for at least a few guys.

Some caution is warranted when it comes to generalizing these findings, given the self-report nature of the data. For example, it’s possible that not all guys who send unsolicited dick pics admit to this behaviour or report their true motivations for it. Also, because gay and bisexual men weren’t surveyed, we can’t necessarily speak to their motivations for sending such photos.

Second, these findings challenge a popular theory about why guys send unsolicited dick pics, which is that they’re primarily interested in shocking the recipient. Some psychologists have suggested that dicks pics have become the new form of flashing or exhibitionism. Flashers are people who get off on non-consensually exposing their genitals to a stranger and seeing their shocked reaction. The fact that most guys in this study were sending dick pics as a form of flirtation tells us that this behaviour is not primarily motivated by exhibitionistic tendencies.

If you’re a guy who has sent or considered sending an unsolicited dick pic, what should you take away from all of this?

If you’re doing it to exert dominance or control over someone, because you dislike women, or because it’s purely for your own gratification without regard for others’ feelings, please don’t. Just stop. Take a break from your phone and get some help working through those issues.

If you’re doing it because you see trading sexy photos as a form of flirting and you want to turn your partner on, then ask if it’s okay to send the photo first. The internet is replete with articles authored by women who find unsolicited dick pics to be offensive, harassing, and a massive turn-off. This suggests a very high probability of receiving a reaction opposite of the one most guys want.

Obtaining consent isn’t just likely to result in a more favourable response, though—it’s also just the right thing to do for any sexual behaviour.