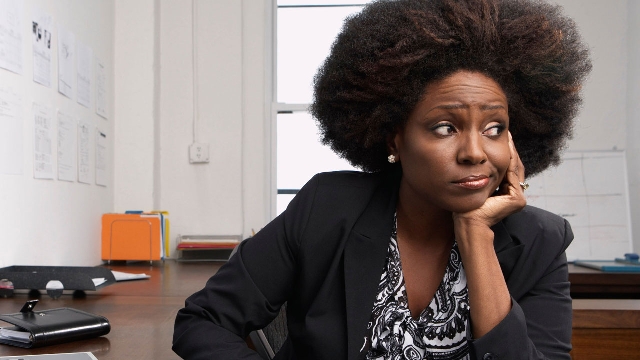 A lady on Twitter who goes by the name Tunnie, is extremely disturbed about how women are still expected to be fully productive at work even when they are on their periods.

In a post she made on her Twitter page, she lamented on how difficult it is to go about work normally during periods when in actuality, the woman is really suffering and in immense pain.

“Women should not have to work on the first two days of their periods
(at least). It is the ghetto and the definition of
unfairness. How are we supposed to
have the ability to be “normal” and put in best efforts when we are in tremendous PAIN?” she quizzed.

The lady went on to share a memory of how menstrual pains made her take a prophetic declaration into an exam hall instead of her exam slip during her final Bar exams.

“I remember Bar finals; corporate. My
period started that morning & I was SO
destabilized mentally & in physical pain. It
was torture; I don’t know how I wrote that exam.

Even forgot my exam slip and took my
prophetic declaration to the hall.

Don’t know how they missed that”, she narrated.

In her opinion, menstrual periods, especially on the first days, are very painful and uncomfortable, and it hinders the woman’s ability to work as effectively as she would on a regular day, hence, it would be best if women are given at least the first two days off.