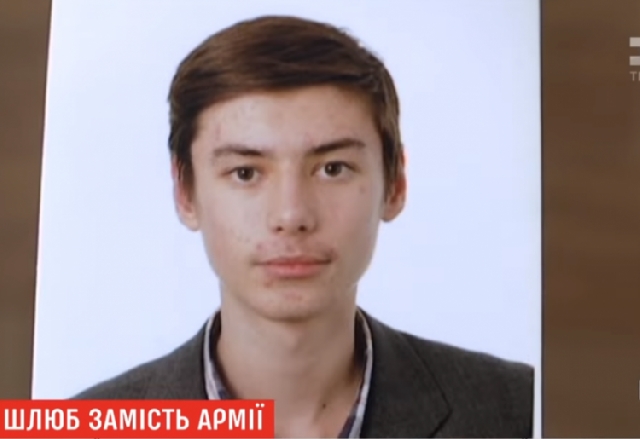 A young Ukrainian man has managed to successfully avoid compulsory military service by staying married to a woman 57 years his senior for almost two years. Despite widespread criticism online, the man has the law on his side.

In late 2017, Alexander Kondratyuk, a young man from the Ukrainian city of Vinnytsia, received his conscription papers. He was to report to the nearest military commissariat for enlistment in his country’s one-year military service. All able-bodied Ukrainian men aged between 18 and 26 are required to undergo military service, with one exception. If such a man were responsible for looking after a disabled wife, he would be exempt from service. So Alexander somehow convinced his cousin’s 81-year-old disabled grandmother to become his bride, and the couple has now been married for almost two years. Kondratyuk is 24, so after two more years, he will become too old to undergo military service and probably divorce his octogenarian wife.

This bizarre case first made news headlines in early 2018, when the military commissariat in Vinnytsia filed a complaint with the prosecutor’s office in hopes of getting the marriage between then 22-year-old Alexander Kondratyuk and Zinaida Illarionovna, 57 years his senior, annulled. They were convinced that Kondratyuk had forged the marriage documents to avoid military service, but an investigation showed that the pair had legally gotten married in the village of Baykovka, near Vinnytsia.

After the civil acts registration office confirmed that Alexander Kondratyuk’s marriage was legal, the military had no choice but to back off. However, earlier this month, the Ukrainian press brought the story back into the spotlight and asked representatives of the military what they planned to do about this particular conscript.

Aleksandr Danilyuk, the director of the commissariat in charge of conscription in the Vinnytsia region, told reporters that Kondratyuk has the right to have his draft papers deferred because he is the guardian of a registered disabled person, his wife. And since a valid marriage certificate, as well as a document proving Kondratyuk’s residence at his wife’s home, had been produced, there was nothing the military could do.

24-year-old Kondratyuk continues to deny that he only married 81-year-old Zinaida to avoid military service, and insists that he has very strong feelings for her. His octogenarian wife also told reporters that Alexander is a good husband who looks after her. The woman’s neighbours, on the other hand, told a local TV station that the marriage was a total sham.

Zinaida Illarionovna is more likely to be visited by her nephews and grandchildren than by her young husband, according to her neighbours, and the only proof of their marriage is the certificate that Kondratyuk always shows the draft board when they come in the area to enlist new recruits.

Despite the controversial nature of the union, the Ukrainian commissariat has confirmed that it has no interest in pursuing the issue any further. Alexander Kondratyuk is currently married to a disabled person, and unless something happens before he turns 27, he is exempt from military service.