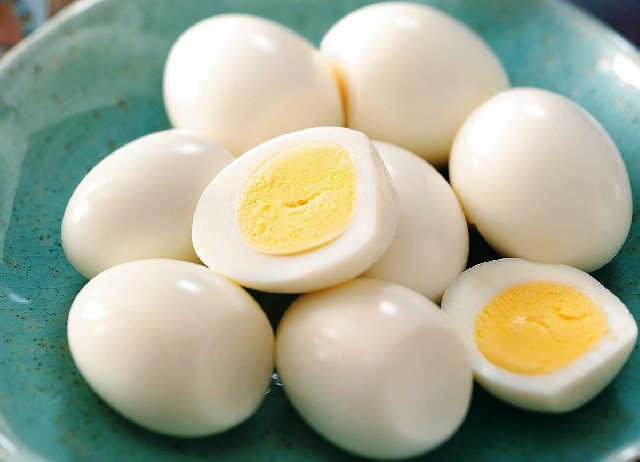 A 42-year-old man in India’s Uttar Pradesh state lost his life trying to eat 50 boiled eggs in one go, as part of a stupid bet he made with a friend.

On Monday, November 3rd, Subhash Yadav, 42, and a friend sat down to at get a bite to eat at the Bibiganj market in  the Jaunpur district. At one point, the pair began to argue and as their conflict escalated Yadav bet his friend 2,000 rupees (about $28) that he could eat 50 boiled eggs right then and there. His friend accepted, so they bought 50 eggs from a vendor and Yadav set out to down them one by one. Everything was going well and he was actually making good time, but as he popped the 42nd egg into his mouth, he suddenly fell unconscious.

Alarmed locals rushed Subhash Yadav to a district hospital, but despite doctors’ best efforts to bring him back, he never regained consciousness and was eventually pronounced dead. The exact cause of death hasn’t been announced, but doctors attribute it to overeating.

Reminiscent of the famous egg eating scene in the 1967 Hollywood classic “Cool Hand Luke”, starring Paul Newman, the extreme eating challenge is a lot more dangerous than most people realize. Weighing around three pounds, the eggs make up a lot more volume than the average human stomach can handle without serious discomfort.

Even competitive eaters have had trouble with eggs in the past, and the case of Sharon “Big Shaz” Dixon actually made headlines in 2013. Dixon was taking part in an Easter egg-eating contest at the Wellington Arms pub in Grimsby, UK, when she swallowed one too soon and began to choke. Unfortunately, she couldn’t be saved either.

So if someone dares you to eat a few more eggs that you’re comfortable with, maybe think twice about it before accepting it.