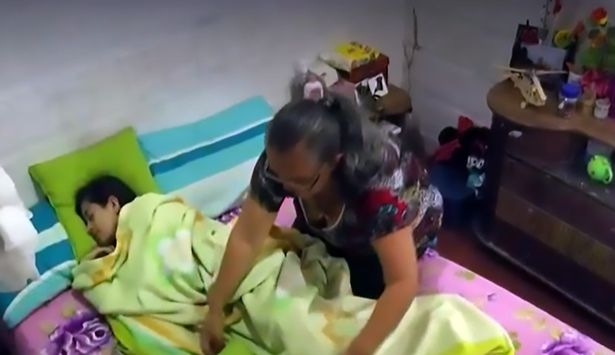 The mother of a 17-year-old Colombian girl diagnosed with a very rare condition known as “Sleeping Beauty” syndrome has appealed to authorities for help as she is struggling to look after her.

Sharik Tovar, a 17-year-old girl from the Colombian town of Acacías, has been suffering from Kleine-Levin syndrome ever since she was two.

The ultra-rare condition – only 40 cases have been reported worldwide – is characterised by recurrent episodes of excessive sleep as well as cognitive and behavioural changes. In Sharik’s case, hypersomnia episodes can last up to two months, during which time her mother, Marleny, has two liquefy her food and feed her every few hours. To make matters worse, after these long bouts of hypersomnia, the 17-year-old suffers from temporary or permanent memory loss.

“After a 48-day sleeping episode in June last year she lost her memory temporarily. She asked me who I was,” Marleny Tovar told Caracol News, adding that her daughter’s longest hypersomnia episode lasted a whopping two months.

This year, during the months of January and February, Sharik unnatural slumber lasted 22 days, and her mother had to feed her by hand every couple of hours. Her daughter hasn’t yet had a catheter tube installed, because she can still be fed by hand, but Marleny has to first liquefy everything she cooks. She has had to quit her job in order to look after Sharik full time, which is why she desperately needs the help of Colombian authorities to get by.

Unfortunately, Marleny’s cries for help have so far fallen on deaf ears. When the bizarre case of Sharik Tovar first made national headlines in 2017, the mayor of Acacías pledged to provide housing for the family, so they wouldn’t have to pay rent anymore. That has yet to happen, and local authorities do nothing but offer excuses.

“We are solving an issue related to the end of the construction with the underground tanks that we need to be able to store water,” Mayor Orlando Gutierrez told reporters.

Marleny Tovar has also appealed to health services to expedite the delivery of nutritional supplements that Sharik needs to survive during hypersomnia episodes, as well as neurological treatment to mitigate the damage to the girl’s memory.

“It’s what she needs most because she doesn’t eat the way we eat,” Marleny said about the supplements.

Unfortunately, the cause of Kleine-Levin syndrome is yet unknown, although it has been suggested that the condition may be linked to viral infections. There is no known cure.